CATL will produce batteries for Nissan’s Sylphy Zero Emission electric sedan (earlier post), scheduled to hit the Chinese market in the latter half of the year. This marks the company’s first deal with a Japanese automaker.

The Sylphy will be Nissan’s first electric vehicle mass-produced in China. It is expected to offer a driving range of 338 km (210 miles).

Renault plans to use CATL batteries for the electric version of its Kangoo compact van under development. CATL already supplies such European automakers as BMW and Volkswagen and hopes to leverage the Renault deal to further solidify its foothold in Europe, the Nikkei said.

CATL is expected to raise about $2 billion from its initial public offering, which could come as early as summer. The funds are expected to be used to boost output capacity, launching mass production plants in the US and Europe as well.

CATL currently offers a series of Li-ion NCM cells targeted for light duty vehicles: as well as solutions for trucks and buses. 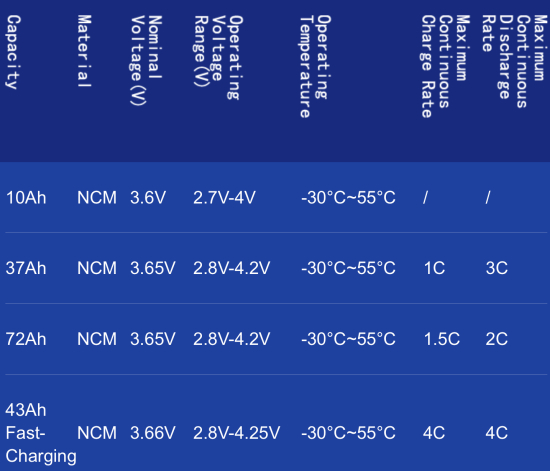 More competition will improve EV batteries and lower their cost/price per kWh. The world requires 10+ such new battery factories.

Lower cost batteries will contribute to more affordable BEVs/PHEVs in Asia and Europe and reduced pollution from gasoline and diesel vehicles.