The EQC—the first all-electric Mercedes-Benz model from the new product and technology brand EQ (earlier post)—is tracking to its commercial launch in 2019. Between January and March, prototypes of the new model series completed tough winter testing in northern Sweden. 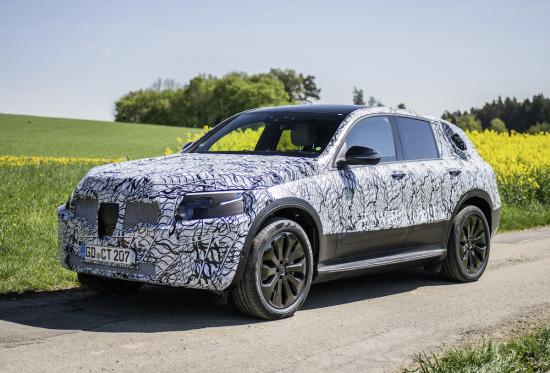 The next waystations on the road to series production are more suspension/powertrain tests as well as integrated complete-vehicle high-temperature testing in southern Europe.

All in all, the EQC will have been in development for around four years. Before coming to market in many countries around the world, the EQC will have undergone extensive testing in Germany, Finland, Sweden, Spain, Italy, Dubai, South Africa, the US and China.

To meet the targets for every component and the complete vehicle, the EQC will soon undergo a stress program in the heat of Spain. Here the effects of temperature during driving is tested under extreme conditions, and also other particularly challenging aspects for an electric vehicle, such as air conditioning and charging.

Stupid Daimler running dozens of production intent vehicles in varied environments when they could just be visionary like Tesla and just sell beta prototypes to customers. Sad.