Home About Contact RSS GCC Twitter Newsletter
San Francisco commits to all-electric bus fleet By 2035; MUNI Board approves pilot program
Study estimates Bitcoin will use half a percent of the world’s electric energy by end of 2018 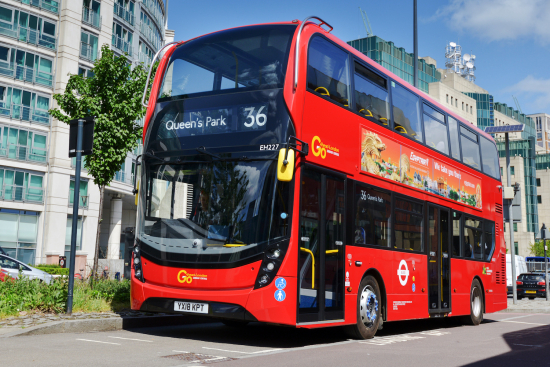 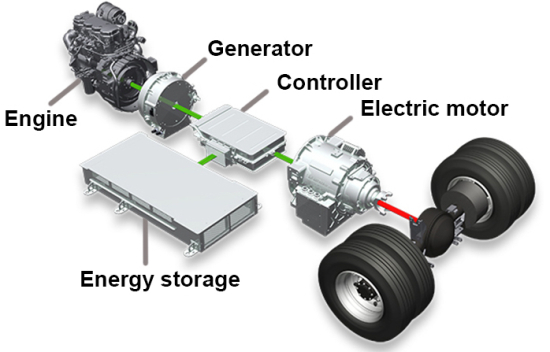 An ultracapacitor energy storage system replaces the previous generation’s batteries. Designed to last the lifetime of the bus, this ultracapacitor storage will reduce total cost of ownership by not requiring mid-life replacement. Due to this and other improvements, a 53% reduction in the cost of parts and consumables is predicted over a ten-year period.

There is no change for drivers as the new system matches its predecessor’s performance. Passengers continue to enjoy smooth acceleration and braking, while pedestrians and local residents continue to benefit from the arrive-and-go mode which turns off the Euro VI diesel engine at low speed and when stationary at bus stops, cutting out noise and emissions.

Neither is there a significant change to the maintenance regime, with the annual cleaning or change of a new filter on the energy storage system offset by reduced dirt ingress to a relocated hybrid unit cooler pack.

Through its increased efficiency, the Enviro400H with Series-E hybrid technology has demonstrated best-in-class fuel economy in the LowCVP’s UK Bus test cycle, with fuel consumption 6% lower than its predecessor. Tank-to-wheel CO2 equivalent emissions of 684.9 g/km are 37% lower than those of a conventional Euro VI diesel bus, making the Enviro400H with Series-E technology an Ultra Low Emission Bus and qualifying it for funding from the Department for Transport’s ongoing £48-million Ultra Low Emission Bus Scheme. (Earlier post.)

Go-Ahead London is the launch customer for this next generation Enviro400H, with the first 39 buses entering service on Transport for London route 36 between Queen’s Park and New Cross Gate. Another 26 are on order for routes 77 and 87.

ADL and BAE Systems have been working in partnership since 2008 and together have brought more than 1,300 Enviro400H hybrid buses to the streets of London and other UK cities. With fully electric power transmission, the modular architecture of BAE Systems’ technology opens up the future possibility of offering the extended range Series-ER hybrid system if there is sufficient demand for this solution, which offers up to 10 km (6.2 miles) zero-emission range without a need for plug-in charging.

No more hybrids! This is the same complexity and cost as full #emissionfree #electricbuses!