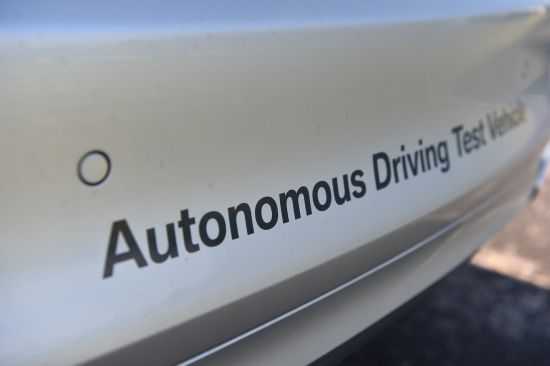 The BMW Group thus has become the first international auto maker to obtain the Autonomous Driving road test license in China, marking a big step on its path to Autonomous Driving. This achievement underlines BMW Group’s leading role in the development of autonomous driving in the Chinese automotive industry.

BMW Group implements its Strategy NUMBER ONE > NEXT worldwide, and continues to carry out the layout in “A.C.E.S.: Autonomous Driving, Connectivity, E-Mobility and Shared services. China is promoting Autonomous Driving as a part of boosting intelligent connected vehicles (ICVs) and its recent “smart city, smart China” initiative, giving China a vital role in BMW Group’s Autonomous Driving development program. BMW anticipated this development—and was first to demonstrate and publish SAE Level 3 (L3) highly Autonomous Driving on a designated highway under government supervision in Chengdu as early as 2016.

To carry out road tests for the preparation of Level 4 (L4) Autonomous Driving R&D in China, Shanghai is an attractive, innovative city, matching perfectly with BMW Group’s vision of future mobility. The BMW Group has set up a strong local team in Shanghai, including more than 60 experts in Autonomous Driving.

Using the license, the R&D team will gather several Petabyte of data based on actual traffic, covering its full complexity. This data will be used to train machine learning algorithms performing adequate L4 Autonomous Driving behavior.

The test sites in Shanghai currently cover a total length of about 5.6 kilometers (3.5 miles) and are planned to grow quickly over time. The test fleet is based on the latest BMW 7 Series models, starting with two operating vehicles in May and adding up to seven vehicles by December in China.

“Safety first” is the primary premise for the development of Autonomous Driving at BMW Group. Until now, the accumulated mileage reaches nearly 30,000 kilometers (18,641 miles) of road test in China, and more than 200,000 kilometers (214,274 miles) of computer simulation.

The BMW Group has always followed its R&D strategy ‘In China, For China’. We have developed a complete, customer-oriented and prospective R&D system, through the R&D layout in Beijing, Shanghai and Shenyang. Now, it is a great honor to be the first international vehicle manufacturer to obtain an autonomous road test license in China. With the highest safety standards, we will rigorously promote the local development of Autonomous Driving and strive to achieve a safer, more efficient and more convenient transportation system.

New BMW Group R&D Center in Beijing. On 15 May 2018, the BMW China R&D Center officially opened in Beijing’s Shunyi District. As a part of BMW Group Strategy NUMBER ONE > NEXT, the center is a significant step in expanding local innovation, and taking the Group’s “In China, for China and the world” localization strategy one step further.

For us, China is a driving force of innovation, a place of inspiration particularly in the field of electrification and digitalization—we think China is the lead market in these fields already today. This is why we began five years ago to set up a comprehensive R&D network in Beijing, Shanghai and Shenyang. And, we expect that the increase of our Chinese R&D activities and the collaboration with more and more top class Chinese tech companies will make a strong contribution to our global R&D outcome, especially in areas such as electro mobility and digitalization.

—Klaus Fröhlich, Member of the Board of Management BMW AG, Development

Located just outside Beijing’s fifth ring road and covering an area of 17,000 m2, this new center will focus, amongst other tasks, on requirement management, testing and validation as well as development of services and systems. The new space gives home for more than 200 employees—adding up to a total of more than 1,100 staff in the Chinese R&D network. 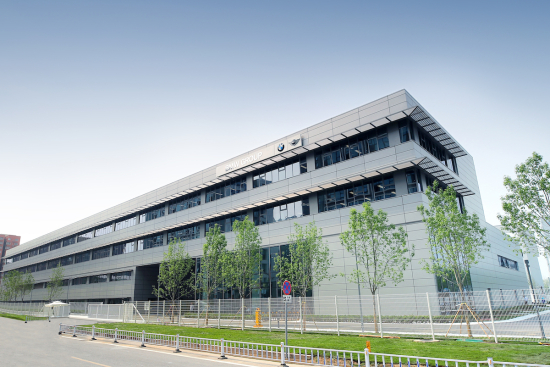 Covering a total area of 70,000 m2 across the three locations, the centers cultivate local talent, with the result, that more than two-thirds of the R&D professionals are Chinese. While each R&D center has different functions, they complement each other and form a comprehensive innovation network.

In 2018, BMW’s new R&D Center in Beijing will run more than 70 test vehicles across China, the testing mileage is planned for a historical high of 5 million kilometers (3.1 million miles).

The BMW Group is enhancing its systematic R&D capabilities on a global level. It is developing a customer-centric R&D system as well as future-oriented R&D concepts that will provide the Chinese and global market with enhanced, and more innovative products and services.

In 2017, China was the largest market for the BMW Group globally. With the establishment of R&D centers in Beijing, Shanghai and Shenyang, the Chinese R&D network is unique and by far the biggest presence of BMW R&D outside Germany.