Novelis, the leader in aluminum rolling and recycling, plans to invest approximately $180 million to double its automotive aluminum body sheet capacity at its Changzhou facility in China. The company will begin expanding its existing facility in 2018 and be fully operational by 2020, helping key traditional automakers and electric vehicle start-ups launch new products.

The investment will be a continuous annealing solution heat (CASH) treatment line that will add approximately 100 kilotonnes of capacity and will include a high-speed slitter as well as a fully automated packaging line. (Earlier post.) 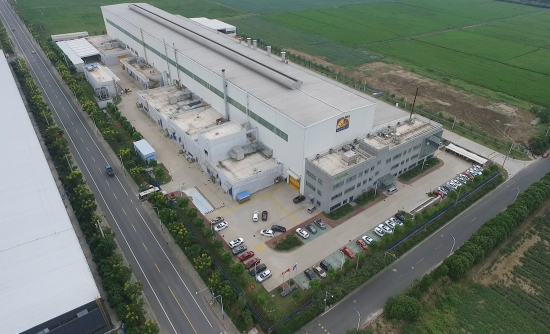 Novelis’ investment in China is its second automotive investment this year, having recently announced a $300-million greenfield manufacturing facility in Guthrie, Kentucky, USA.

Established in October 2014, the Novelis Changzhou Plant is the company’s first manufacturing facility in China and China’s first plant dedicated to the production of heat-treated aluminum automotive sheet. The initial $100-million investment, with an annual capacity of 120,000 tons, was designed to meet the rapidly growing demand for rolled aluminum used in the design of a new generation of lighter, more fuel-efficient vehicles.

Since commissioning its initial automotive finishing line in Changzhou in 2014, Novelis has fully contracted its capacity. The timing of this investment is closely aligned with key customer product launches slated for 2020-2021 from both traditional automakers as well as electric vehicle startups.

By adding another strategic asset to expand its operations in China, Novelis continues to leverage the strength of the Aditya Birla Group as the global leader in aluminum rolling. Investing ahead of projected customer demand enables Novelis to offer premium products and a reliable supply chain to automakers as they continue to adopt more automotive aluminum.

Worldwide, automotive aluminum demand is projected to nearly triple over the next eight years with the largest growth potential to be in China, as both domestic and global automakers increase aluminum penetration and production in the market.

We believe China’s commitment to fuel efficiency and reducing emissions represent a large and favorable opportunity that will require greater adoption of aluminium, particularly in the rapidly growing electric vehicle market.

According to IHS Markit, total passenger vehicle demand in China is expected to reach 34 million units by 2025, with strong market growth coming from battery electric vehicles.

Novelis is the only company producing premium rolled aluminum products on four continents: North America, South America, Europe and Asia. As the single largest producer of aluminum rolled products, it generates an estimated 12% of the world’s supply.

A 2000 pound glider versus a 3000 pound makes difference in range and performance.