The Ohio State University has taken first place in the final year of EcoCAR 3, an Advanced Vehicle Technology Competition, sponsored by the US Department of Energy (DOE) and General Motors Co. (NYSE:GM). This is OSU’s fourth consecutive win. The team earned 895 out of 1000 overall points. 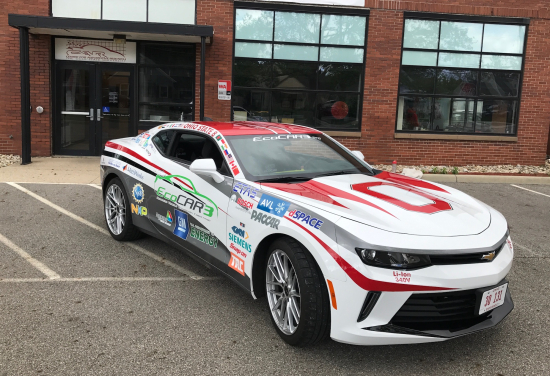 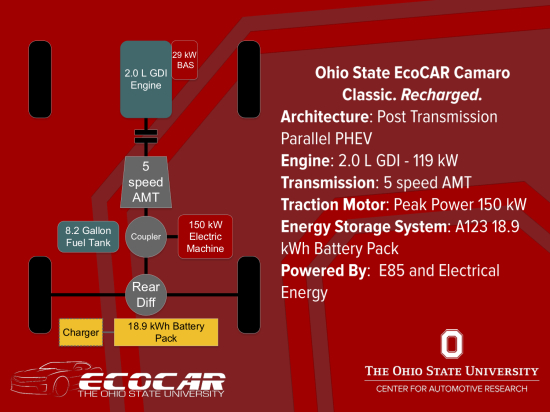 Year Four finals began with a week of rigorous safety, technical, drive quality and emissions testing at General Motors Desert Proving Ground in Yuma, Arizona. For the second leg of competition, teams headed to southern California for track events, including autocross, acceleration, and consumer appeal at the Auto Club Speedway in Fontana. Teams also spent several days presenting to judges and proving how they have developed into the next generation of engineers and business leaders who are prepared to enter the auto industry and related careers. Industry and government officials judged the presentations.

Following presentations, teams hit Los Angeles roads for a 150-mile over-the-road event where the Chevrolet Camaros were scored based on performance with everyday driving applications. At the end of the second week, students had the opportunity to display their completed hybrid-electric Chevrolet Camaros with a car show at Hollywood’s famed Magic Castle.

EcoCAR 3 sponsors have provided more than $87 million in software, hardware and cash donations to the 16 participating universities throughout the four years.

Posted on 24 May 2018 in Conferences and other events, Ethanol, Hybrids, Plug-ins | Permalink | Comments (1)

Great way for engineering groups to show what they can do.