Shell Offshore, Inc. announced a large, deep-water, exploration discovery in the Norphlet geologic play in the US Gulf of Mexico with its Dover well (100% Shell). 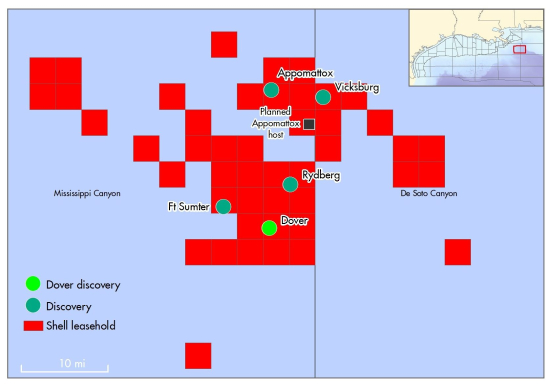 Shell’s map of the Dover discovery

The Dover discovery is Shell’s sixth in the Norphlet and encountered more than 800 net feet of pay (244 meters). The discovery is located approximately 13 miles from the Appomattox host and is considered an attractive potential tieback. Shell’s Appomattox host has now arrived on location in the US Gulf of Mexico and is expected to start production before the end of 2019.

Dover showcases our expertise in discovering new, commercial resources in a heartland helping deliver our deep water growth priority. By focusing on near-field exploration opportunities in the Norphlet, we are adding to our resource base in a prolific basin that will be anchored by the Appomattox development. 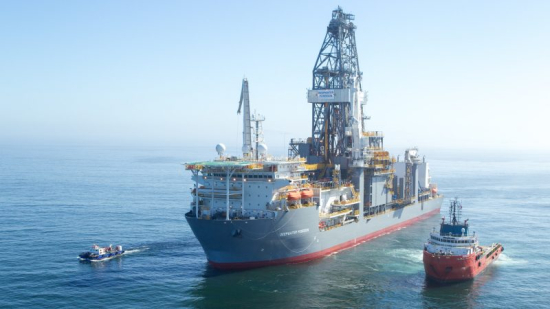 Shell’s Dover discovery was drilled by the Transocean Poseidon, new build rig, in the US Gulf of Mexico.

We need to be wise enough to have underwater carbon reserves if our climate is to have a chance.