DOE: Three-fourths of all workers drove alone to work in 2016 in US; percentage increasing

The percentage of workers in the US who drove alone during their commute increased from 64% in 1980 to 76% in 2016 while carpooling declined to about half of what it was in 1980, according to the US Department of Energy (DOE). 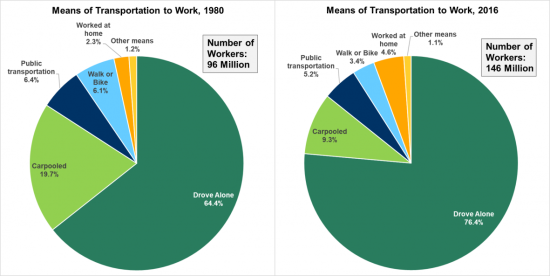