Home About Contact RSS GCC Twitter Newsletter
DOE: Washington State has the greatest fuel cost savings for an EV vs. a gasoline vehicle
Paus and Danfoss electrifying mine vehicles

Ballard Power Systems signed a 3.5-year extension to its current Technology Solutions contract with Audi AG (earlier post), extending the HyMotion program to August 2022. The aggregate value of the contract extension is expected to be C$80-to-130 million (US$62-100 million). The program will support Audi through its small series production launch.

Ballard signed an initial 4-year contract with Volkswagen AG in March 2013, followed by a 2-year extension in February 2015, with the full 6-year contract term running to March 2019. Audi AG assumed leadership of the program in 2016. 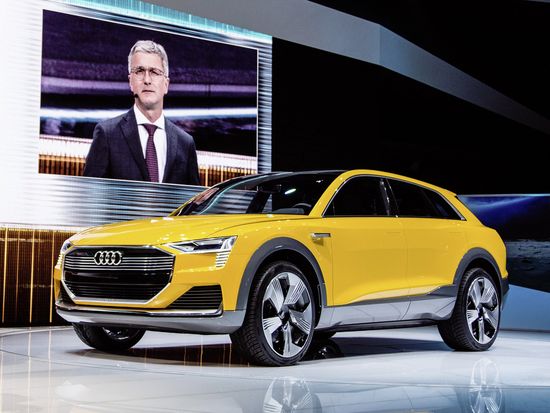 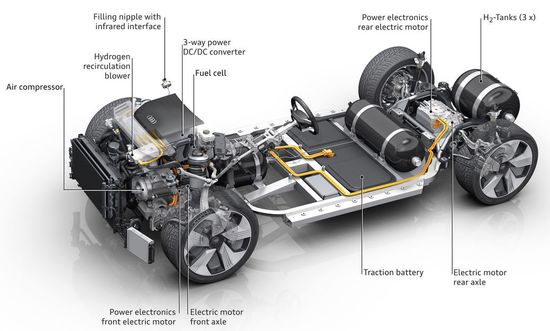 Our collaboration with Ballard has enabled the acceleration of our automotive fuel cell program, by bringing together fuel cell skills and expertise in both organizations. We have developed demonstration cars using fuel cell technology and design from the HyMotion program, and are working toward a small series production launch.

—Dr. Peter Mertens, Board Member for Technical Development at Audi

The long-term HyMotion program is a testament to the commitment that Volkswagen Group and Audi have shown toward fuel cell electrification and their partnership with Ballard. Ballard is committed to supporting Volkswagen and Audi’s corporate fuel cell automotive goals and objectives. We believe the Ballard-designed fuel cell stacks integrated into Audi’s propulsion systems and vehicles will deliver outstanding automotive fuel cell performance, including highest power density, lightest weight, highest durability and robust freeze start capabilities.

Concept cars representing multiple Volkswagen and Audi brand models, and utilizing technology and components developed through the HyMotion program with Ballard, have been unveiled at Detroit and LA Auto Shows over the past several years. This has included the Golf SportWagen HyMotion, Passat HyMotion and Audi A7 Sportback h-tron quattro.

Good to see Ballard in the game, they made the largest improvements to the original GE design for PEMs.