Ford Motor Company has acquired the iconic Michigan Central Station in Detroit and plans to transform it into the centerpiece of a vibrant new campus in Detroit’s Corktown neighborhood that will serve as an innovation hub for Ford’s vision for the future of transportation. 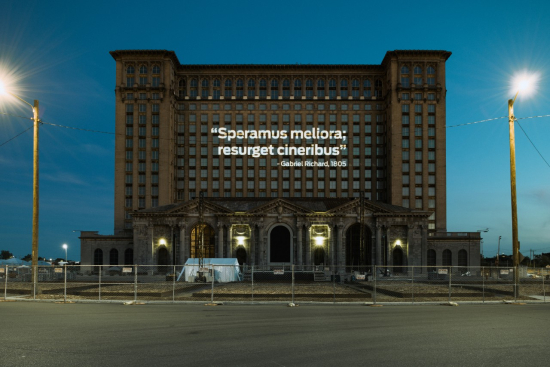 “We hope for better things” and “It will rise from the ashes” are on the City flag.

The acquisition of Michigan Central Station comes alongside the company’s purchase of the former Detroit Public Schools Book Depository, two acres of vacant land, the site of an old brass factory and the recent purchase of a refurbished former factory in Corktown, now home to Ford’s electric vehicle and autonomous vehicle business teams.