During the first three years of California’s 5-year-old cap-and-trade program, the bulk of the greenhouse gas reductions occurred out of state—i.e., state residents did not see the benefits of improved air quality from presumed reductions in harmful co-pollutants, such as particulate matter—according to a new study led by UC Berkeley and San Francisco State University researchers.

The open-access study, published in the journal PLOS Medicine, assessed emissions and environmental-equity patterns of greenhouse gases and associated air pollutants between 2011 and 2012, before the start of California’s cap-and-trade program, versus from 2013 through 2015, after carbon trading began.

California is a world leader in adopting ambitious greenhouse gas reduction targets and has the world’s fourth-largest carbon-trading program.

Under cap-and-trade, regulated industries must hold tradable emissions permits or “allowances” equal to the amount of greenhouse gases they emit. The total number of allowances in circulation among regulated industries is based on a cap that is lowered slightly each year, reducing total state-wide emissions and encouraging more energy efficiency. Companies can offset emissions over their allowances by purchasing credits through forestry or agriculture projects, which can be in other states. Between 2013 and 2015, 75% of the offset credits purchased by regulated companies were outside of California.

In addition, slightly more than half of the regulated facilities (52%) reported increases in annual average in-state greenhouse gas emissions after the initiation of the cap-and-trade program. The cement, electricity generation and oil and gas production industries saw particularly large increases in their in-state emissions. 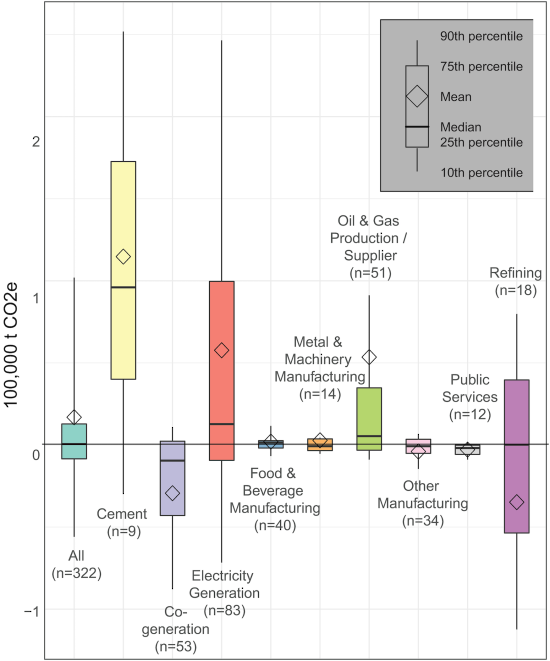 The study also found that the neighborhoods that experienced increased emissions from regulated facilities nearby had higher proportions of people of color and low-income, less educated and non-English speaking residents. This is because those communities are more likely to have several regulated facilities located nearby.

Good climate policy is good for environmental justice. What we’ve seen from our study is that so far, California’s cap-and-trade program hasn’t really delivered on that potential.

The impact on these communities could be severe and long-lasting, the authors said. Many other air pollutants—particulate matter, nitrogen oxides, sulfur oxides and volatile organic compounds, among others—are associated with greenhouse gas emissions, and these co-pollutants are linked to respiratory and cardiovascular disease. 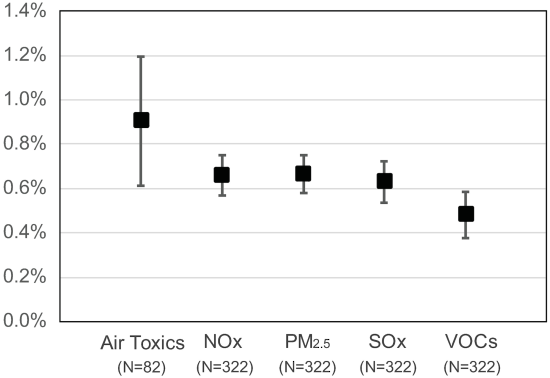 California’s climate change law requires consideration of environmental equity in its implementation, and this is the first study to look at temporal and equity trends in greenhouse gas and co-pollutant emissions since the implementation of the state’s cap-and-trade program. The state could do more to ensure that residents receive the short-term health benefits from improved air quality by incentivizing deeper greenhouse gas reductions in CA among regulated facilities.

The work was funded by California Office of Environmental Health Hazard Assessment and the Institute for New Economic Thinking.