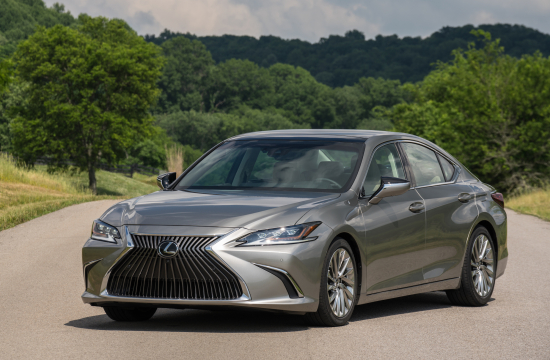 The ES 300h uses a new, fourth-generation Hybrid Drive System. In addition to delivering stronger performance and fuel economy, the latest Hybrid Drive System has been designed to help eliminate the rubber-band feeling associated with some hybrid systems.

An all-new 2.5-liter, four-cylinder gas engine (A25A-FXS) running on the Atkinson cycle is coupled with a smaller, more power-dense electric motor and an all-new hybrid transaxle. The results are a combined 215 total system horsepower. 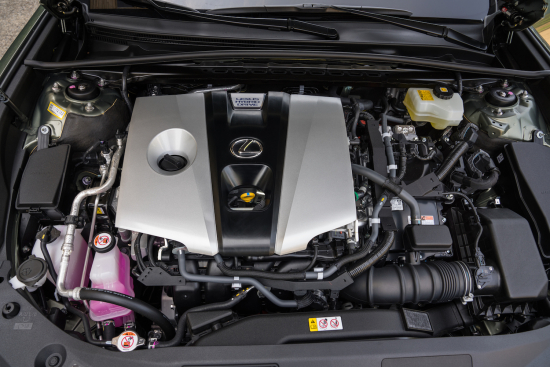 The new aluminum-intensive gas engine delivers exceptional efficiency by combining a high-speed combustion design with several variable systems designed to conserve energy. The result is an engine that has a nearly identical displacement to its predecessor, yet delivers approximately 20 additional horsepower and 12 additional pound feet of torque.

High-speed combustion is a core element of the new engine’s ability to provide the most efficient use of energy. To achieve this, the cylinder bores have been narrowed slightly (3.54 in. to 3.44 in.) and the stroke lengthened (3.86 in. to 4.07) to create an optimal 1:1.2 bore-to-stroke ratio as well as reducing the distance the fuel must travel to reach the edges of the cylinder.

The angle between the valves was also increased to create a more direct path for the incoming air while the intake valve seats use a laser cladding process that allows for a larger valve seat area, reduced seat face temperatures and a smoother transition from the intake port to the combustion chamber. The result is an optimized swirl pattern and the ability to run more ignition advance in lean conditions without approaching knock limits.

The new transaxle is more than an inch (1.2) shorter than its predecessor because of a new arrangement of the electric motors that places them in a multi-axle configuration instead of the previous coaxial setup. The traditional planetary gear set has been replaced by a parallel shaft gear and a multi-function gear that incorporates a power split planetary ring gear, parking gear and counter drive gear into one compact unit.

The nickel-metal hydride battery that powers the electric motor has been relocated from the trunk to underneath the back seat. This was made possible by a 4.7-inch reduction in the height of the battery and the adoption of a more compact cooling system. Moving the battery under the seat not only frees up trunk space, it also improves the front-to-rear weight distribution of the ES for better handling.

Engaging the Sport drive mode further enhances acceleration by boosting torque at lower speeds while paddle shifters can be used to move through six simulated gears for more precise control.

A new system called Auto Glide Control (AGC) has also been added to the ES 300h to improve efficiency when the car is in the Eco drive mode. AGC is designed to address the situation where drivers misjudge the drag imposed by regenerative brakes as they approach a stop and then move back and forth between the brake and accelerator pedals to compensate.

With Auto Glide Control engaged, the ES will enter a “coast” mode when the driver releases the accelerator to allow the ES to slow at a more predictable rate and reduce the inefficiencies associated with repeated accelerator and brake applications.

The 2019 ES models are built on the all-new Global Architecture – K (GA-K) platform. In a break with ES models of the past, the seventh-generation design uses a fast roofline that emphasizes its lower stance and slippery aerodynamics.

For more fuel economy, you can buy the new excellent PRIUS hybrid.

This is amazing, a mid sized sedan with 40 mpg.

I'm still waiting for the IS300H to come to america... RWD hybrid still dreaming besides the big boaty gs450h