Chicago is the third-largest city in the US and due to its very high population density and well-developed local public transport system offers perfect conditions for the success of the free-floating carsharing concept.

Including the newest location in Chicago, car2go is now operating in 25 cities on three continents and continues to strengthen its market leadership in the free-floating carsharing sector. Currently, car2go is also in talks with several large cities in different countries.

The number of car2go customers has increased by 10% in the first six months of 2018 to a global total of 3.3 million customers, an increase of 25% year-over-year.

During the first six months of the year, the 14,000 car2go vehicles were driven a total distance of more than 90 million kilometers (56 million miles) worldwide, with around 10% of this total being driven with the 1,400 electric cars.

Carsharing is becoming increasingly popular worldwide. Six months into 2018, all our figures clearly show that this year will be the most successful year in the history of car2go. The cultural trend towards a sharing economy continues to pick up speed. I am convinced that the future of carsharing is electric. 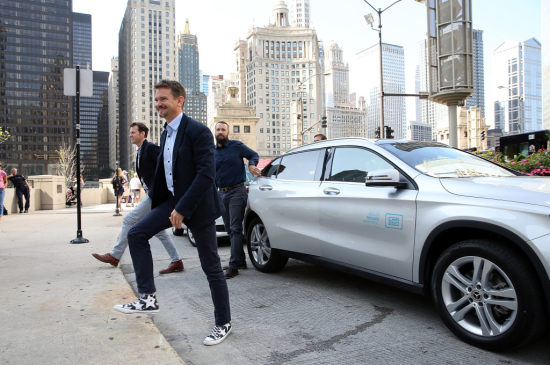 The first of the latest generation of electric smart two-seaters were introduced into the Stuttgart car2go fleet in mid-June. Thus, Stuttgart is the first car2go location worldwide with the latest smart fully electric 453 series, which successively replaces the previous generation.

In Montreal, 20 electric smart cars have also been available in the car2go fleet since June 2018 as part of a pilot project. And in Hamburg, there is an agreement in place with the city that the car2go fleet will be successively electrified by the end of 2019. car2go is already carrying out discussions with other cities in Europe. A prerequisite for electrification of any carsharing fleet is a well-developed charging infrastructure.