Walmart Canada plans to power its fleet using 100% alternative power by 2028. To meet that goal, the company has announced plans to acquire an additional 30 Tesla 18-wheeler semi-trucks, building on its original order of 10 trucks in November 2017. 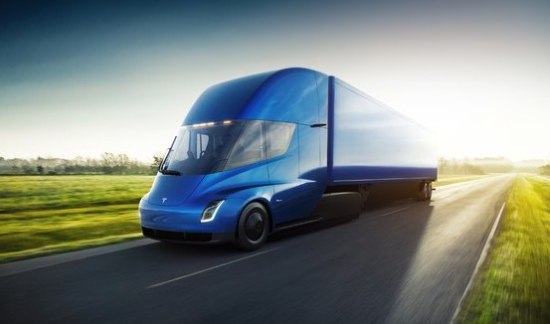 With 40 Tesla Semis in total, the company will feature one of the largest electrified fleets planned by a company in Canada and will reach an initial milestone to convert 20% of Walmart’s fleet to electric power by 2022.

The first 20 Tesla Semis will be used to support Walmart Canada’s fleet base in Mississauga, Ontario. The remaining 20 trucks will be allocated to the company’s recently-announced Surrey, British Columbia sustainable fulfillment centre, which is set to open in 2022. This state-of-the-art facility will feature a fully electric Walmart fleet base, a first for Walmart internationally.

We are always looking for innovative ways to minimize our impact on the environment and lead the industry in the drive for sustainable change. By converting 20% of our fleet to electric vehicles by 2022 and committing to alternative power for all fleet vehicles by 2028, we are putting safety, innovation and sustainability at the forefront of our logistics network.

According to Tesla, the Tesla Semi will consume less than two kilowatt-hours of energy per mile at Gross Vehicle Weight (GVW) and highway speed, earning 50% more per mile than in a regular truck.

A 500-mile range allows a driver to go to the destination and back without recharging (500 mile range at maximum weight at highway speed).

The ability to travel 500 miles per charge is in line with Walmart Canada’s general fleet system, which consists mainly of single day round trips—allowing for the ability to convert from diesel at a faster pace. The enhanced driver safety features also offer a significant opportunity for the company to continue to address this critical issue.

Walmart Canada operates 8.75 million square feet of distribution center and will move approximately 853 million cases of merchandise in FY19. These goods are transported by a combination of third-party fleet as well as Walmart Canada’s fleet of 180 tractors, 2,000 trailers and more than 350 drivers.

This could be an example of offer it and they may buy. I don't recall Tesla surveying lots of companies before considering developing.

"The remaining 20 trucks will be allocated to the company’s recently-announced Surrey, British Columbia sustainable fulfillment centre, which is set to open in 2022. "

Oh good, I've been wanting to see these trucks in action.

Walmart is improving their services year by year, This is going to be a great thing. There are many things coming in the way of employees too. Walmart employees can get these benefits with one walmart portal. https://walmartone.live