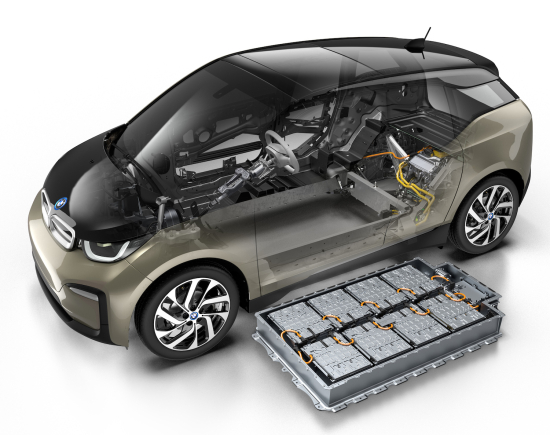 With the high voltage battery cell capacity increased to 120 ampere hours (Ah) and a gross energy content of 42.2 kilowatt hours (kWh), the new generation of high-voltage batteries enables the BMW i3 120 Ah and the BMW i3s 120Ah to achieve a range of up to 153 miles, nearly a 30% improvement from the 94 Ah model and almost double its original range.

The 2019 i3 REX model range is expected to be similarly improved, pending EPA certification.

Like the electric motors, the high-voltage batteries are an integral part of the BMW eDrive technology used in BMW i automobiles and developed in-house the BMW Group. Based on research and development work conducted in close cooperation with the manufacturer of the individual battery cells, constant improvements to the battery packs’ power output, vehicle range, safety and durability have been achieved.

Installed low in the floor of the vehicle, the new high-voltage battery is produced at the BMW plant in Dingolfing and consists of eight modules, each with twelve storage cells: the latest cell capacity of 120Ah along with a gross energy content of 42.2kWh. The exterior dimensions of the battery pack remain unchanged.

With its battery capacity increased to 42.2kWh, the latest version of the BMW i3 follows the brand's holistic concept; a responsible use of resources including not only locally emissions-free power but also material selection, production techniques and available mobility services.

The BMW i3 120Ah and the BMW i3s 120Ah have a much more favorable CO2 footprint across the entire vehicle lifecycle—from raw material extraction and manufacture through to use and recycling.

Kudos to BMW. Nearly double the battery capacity in only 6 years.