smart will mark its 20th anniversary at the Paris Motor Show in October with the smart forease electric show car. The smart forease is distinguished by the absence of a roof and a shorter windshields. The vehicle is uncompromisingly open. 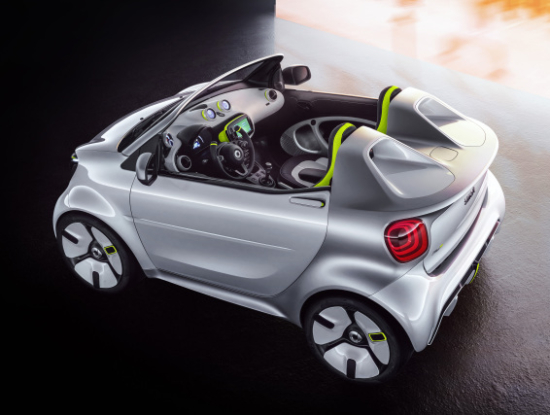 The smart forease is based on the standard-production smart EQ fortwo cabrio and can therefore be driven. It is a tribute to the two earlier concept vehicles crossblade (2001) and forspeed (2011).

It also affords a preview of the electric future of the smart brand. smart is the first automotive brand with its sights set on a systematic switch from the combustion engine to the electric drive: since 2017, smart has been selling only electric vehicles in the USA, Canada and Norway.

From 2020, it will be marketing only battery-electric cars in Europe, too. The rest of the world is due to follow soon after.