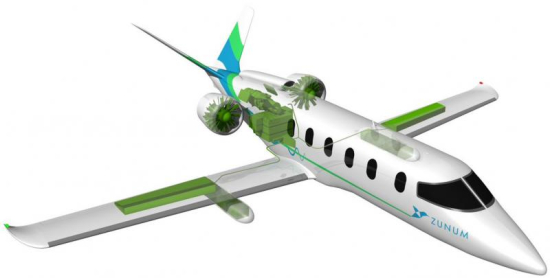 The Zunum aircraft under development, internally dubbed the ZA10, is the first in the company’s family of regional, hybrid aircraft. It will be powered by dual power sources: propulsion batteries, and a Safran turboshaft from the 1,700 to 2,000 shaft horsepower (shp) Ardiden range. 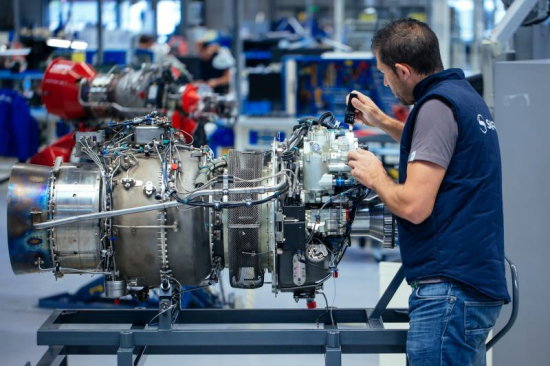 The Ardiden 3Z will be used as a hybrid power source achieving demanding cost, efficiency and uptime requirements. It will be coupled with an electric generator, and the integrated turbo-generator will deliver 500kW of electric power to supplement the battery packs on key stages of flight and over long ranges.

Upgrades such as advanced materials and integrated lifecycle management for hybrid service will reduce operating costs of the engine by extending the life of critical components.

The new aircraft is targeted to deliver breakthrough operating costs of 8 cents per available seat mile or $250 per hour for the aircraft—60-80 percent lower than comparable conventional aircraft of comparable size. The ZA10 aircraft is designed to cruise and land on turbo-generator power alone, offering full redundancy.

Near-term milestones include ground and flight testing scheduled for 2019, as well delivery of the ZA10 aircraft targeted for the early 2020s.

In preparation for flight in 2019, Zunum Aero conducted ground tests of the hybrid-electric power system at Chicago-area facilities earlier this year. Through Q4 2018 and early 2019, the power system will continue to be upgraded and tested in stages to advance it for flight. Meanwhile, the Ardiden 3Z engine will undergo ground tests in France and US, ahead of integration with the flying testbed in 2019.

Modifications of the test aircraft began on schedule for a series of flights in the back half of 2019 leading to full hybrid-to-electric conversion with the Safran engine. The flying testbed will continue to be upgraded with successive prototypes until start of certification in 2020-21.

May not need an APU...smart.

It strikes me we should be building electric ships rather than aircraft.
Batteries are heavy and bulky. This is a big problem for an aircraft, but not for a ship.
On the other hand, aircraft have relatively few designs, while ships seems to all be bespoke - so the design costs would increase.