The BMW Group’s Dingolfing plant is preparing for the higher demand for electric drives in the future and is investing in extensive conversion and expansion work for this purpose. For the battery production of the all-electric MINI alone, a medium, double-digit million euro amount is being applied to structural measures and plants.

On an area of around 6,000 square meters, a production facility for battery modules and a battery assembly line will be built in the western part of the Dingolfing component plant 02.20. Currently, the first systems are being constructed and tested successively. 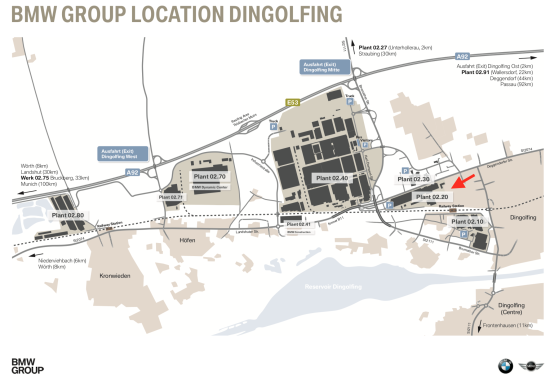 With the launch of new models and the growing demand for electrified vehicles, we will significantly expand the production of electric components in the coming months and years.

—Roland Maurer, Head of Planning and Production E-Drives at the BMW Group

From 2020, the Dingolfing plant will also produce the fifth generation of electric drive systems for future electrified vehicles of the BMW Group, such as the BMW iX3, the BMW i4 and the BMW iNeXT. Extensive construction and preparation measures required for this purpose have already begun.

Due to its growing importance and its key role in the production network, the 02.20 component factory now bears the name “BMW Group competence center for electric drive production”.

For many decades it was the seat of the worldwide spare parts supply of the BMW Group. Just a few years ago, parts sales moved gradually to new warehouses in Wallersdorf and Bruckberg.