Home About Contact RSS GCC Twitter Newsletter
The ICCT: Nearly half of the world’s EVs are in 25 cities; China leads the way
ExxonMobil starts up new unit at Antwerp Refinery to convert heavy, higher sulfur residual oil into marine gasoil and diesel

Their very low glass transition temperatures, high cathodic and anodic stabilities and compatibility with Li and Mg metals make them excellent candidates as electrolytes for rechargeable batteries and hybrid devices. Their paper is published in the RSC journal Energy & Environmental Science. 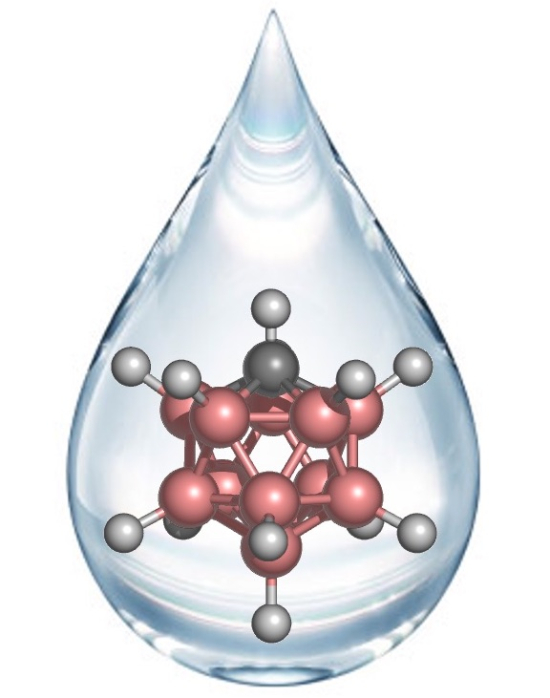 The electrolyte in current Li-ion batteries typically consists of an organic electrolyte that is generally flammable and volatile. The Monash-TRINA group has found new electrolytes, based on liquid salts, that can be used in batteries to eliminate flammability and increase stability.

We have also shown that these new electrolytes could provide enabling technologies of rechargeable magnesium and lithium metal batteries. These super stable electrolytes may also allow use of higher voltage materials in Li-ion batteries, increasing their energy storage capacity.

TRINA principle scientist Rana Mohtadi, who is the project leader, said the new materials were based on a small icosahedral dice-shaped ion called carborane anion, which is made of boron clusters. Research has shown recently that these materials are very stable and applicable beyond lithium battery chemistries.

We wanted to exploit the stability of these anions to make ionic liquids that enable high-energy density batteries based on metals such as lithium and magnesium. In fact, this is the first to time show that ionic liquids can even function in magnesium batteries.

Dr. Oscar Tutusaus, a TRINA researcher directly involved in the development of these materials, highlighted the novelty of using highly stable boron clusters to prepare ionic liquids for energy storage.