The number of battery-electric buses ordered in Europe more than doubled in 2017 compared to 2016, reaching 1,031 vehicles, according to a new analysis by environmental NGO Transport & Environment. T&E estimates this to be equivalent to around 9% market share of new registrations in 2018.

The are currently about 1,600 electric buses are on European roads, with another 1,600 on order (as of mid-2018). The lag between orders and deliveries is usually 9-12 months; T&E expects all these electric buses to be on the road by mid-2019. 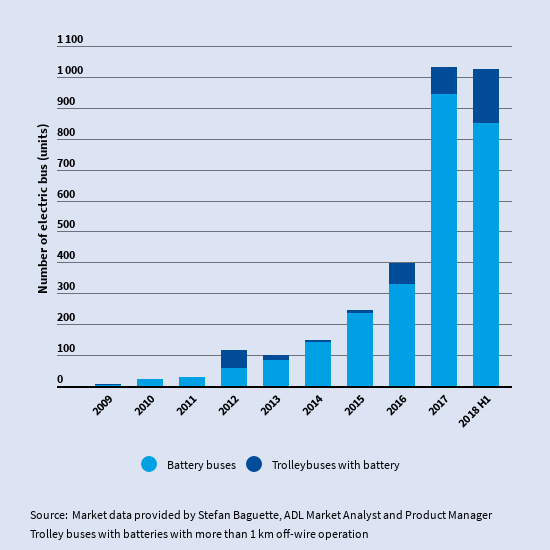 The Netherlands, UK, France, Poland and Germany account for more than half the total number of electric buses in Europe (including orders).

Nearly half of delivered and ordered electric buses come from three manufacturers: 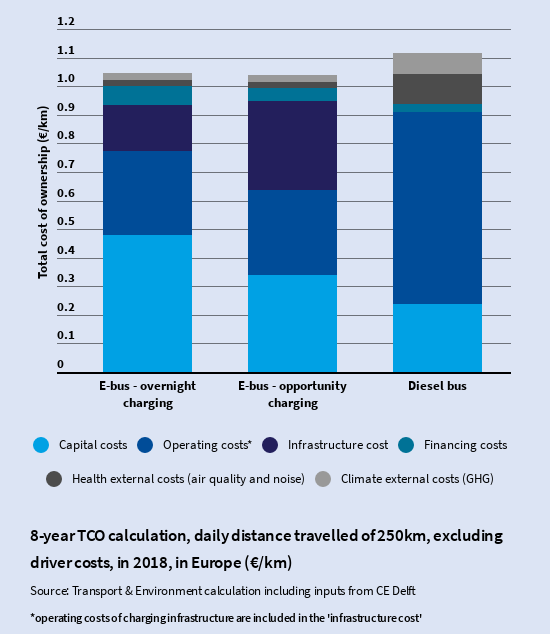 According to the T&E analysis there are two key barriers to the electrification of buses in Europe. The first challenge is the higher upfront cost (up to twice the price of a diesel bus), which makes it difficult to buy electric buses without some financial help, in particular for less wealthy cities which are usually the ones with the worst air quality.

The second barrier is the lack of strong policy support that stimulates both supply and demand, thereby increasing economies of scale, and pushing down the cost of zero-emission buses.

The environment committee of the European Parliament is pushing a stronger approach, backing a sales target requiring busmakers to sell 50% zero emission urban buses by 2025, and 75% by 2030.

Where did you get the split on % sales of EBuses in Europe?

Any idea the manufacturers that make up the 52% of other sales?