DOE: 1M plug-in vehicles have been sold in the US as of October 2018

As of October 2018, one million plug-in vehicles (PEV) have been sold in the United States, according to the US Department of Energy (DOE).

PEV sales began in December 2010 with sales of the Nissan Leaf and Chevrolet Volt. Other PEV models followed, but PEV sales remained below 5,000 per month until September 2012. 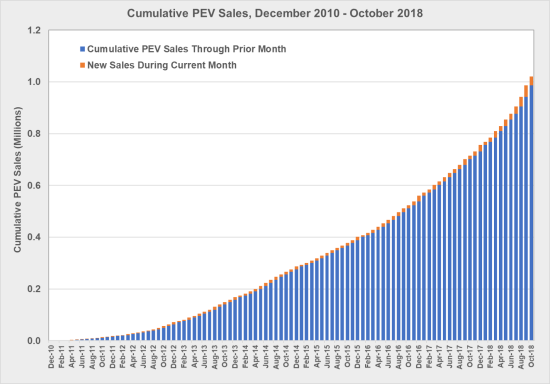