At CES 2019, Schaeffler will showcase exhibits extending from a hybrid module through to the 1,200-hp Schaeffler 4ePerformance concept. 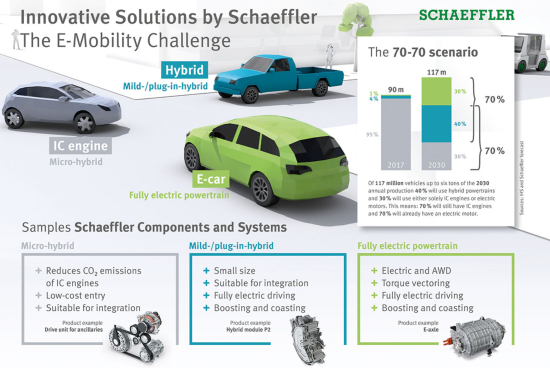 Alongside digital transformation and IoT, Schaeffler views electric mobility as an integral component of its forward-thinking “Agenda 4 plus One” program—as one of the key innovation drivers going forward—and has consolidated all of its activities in this field in its new “E-Mobility” business unit.

By 2020, Schaeffler will have invested more than €500 million (US$569 million) in research, development and production of electric drive units. Schaeffler has already begun to mass-produce components and system solutions such as e-axles and hybrid modules.

A transmission specifically for electric vehicles of which one each at the front and rear axles of the new Audi e-tron enables a particularly efficient all-wheel drive system with smart control technology is another example. In normal drive mode, only the electric motor on the rear axle is active. If the driver requires higher output via the accelerator pedal or the system detects slip on the rear wheels, the front axle drive is additionally activated.

Hybrid module for pickups. At CES, Schaeffer will showcase a hybrid module enabling OEMs to electrify the pick-up trucks that enjoy particular popularity in the U.S. marketplace. The compact P2 hybrid module fits between the IC engine and the transmission which makes it suitable for integration into existing vehicle concepts as well. 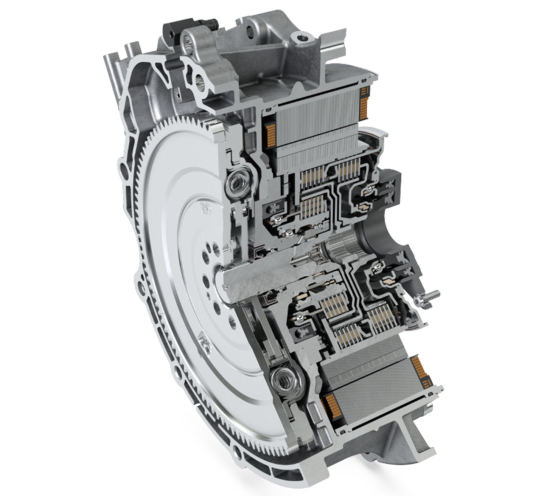 It enables both a boost function and “coasting” with the IC engine shut off as well as all-electric driving. Consequently, the hybrid module shown at CES enhances both fuel economy and driving pleasure.

E-axle. The e-axle developed by Schaeffler offers even greater versatility. It can be used either as a stand-alone unit or extend an existing front- or rear-wheel drive into a full-fledged all-wheel drive system. The power output with wheel-selective control is another benefit. Due to torque vectoring, a distribution of torque between the right and left wheels, safety, driving dynamics and ride comfort are noticeably enhanced. Consequently, the e-axle presented at CES offers efficient driving dynamics interventions for hybrid and battery-electric vehicles as well. 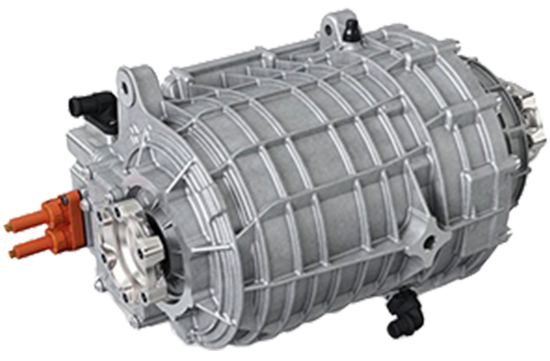 Schaeffler’s e-axle serves the requirements of both hybrid and fully electric vehicle powertrains.

All four motors were used for the full second Formula E season. For Schaeffler, the electric racing series is an ideal test laboratory for the development of electric mobility technologies and ideally fits the company’s “Mobility for tomorrow” strategy with which the globally active technology group helps shape the future of mobility.

This is the plan the ICE/Fossil fuel interest would like and hope that saying it enough will make it so; China, Europe and others are pushing beyond the intermium use of hybrids directly to true electrics.