FEV and automotive supplier SEG—formerly the starter motor and generator division of the Bosch Group—have developed a 48V mild hybrid Mercedes AMG A45 concept vehicle. The 48V mild hybridization is powered by the Boost Recuperation Machine (BRM) from SEG Automotive. 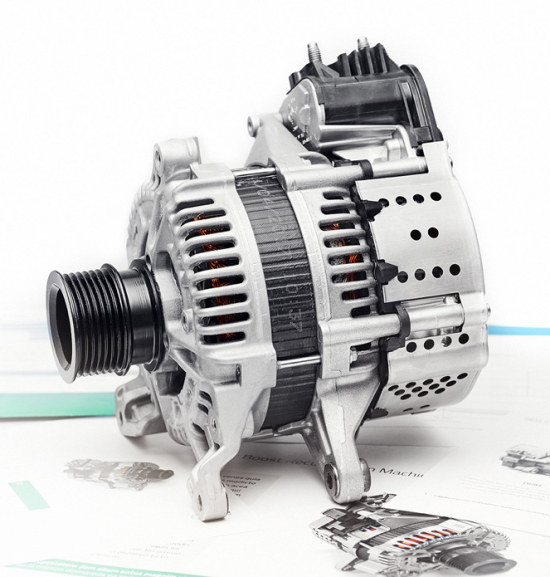 In addition, the increased electrical power enables the use of power-hungry consumers or safety features.

The concept vehicle, which FEV developed in cooperation with SEG Automotive and the Chair of Internal Combustion Engines at RWTH Aachen University, uses a 48V BRM in combination with an electric compressor to significantly improve responsiveness, efficiency and comfort. 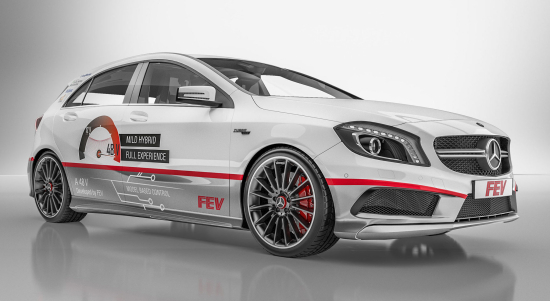 The use of the BRM from SEG Automotive improves the response time of the four-cylinder engine significantly and at the same time decreases fuel consumption.

This results in a significantly improved response of the engine and an even more intense acceleration experience. This is particularly noticeable driving off after a stop or at low rpms.

The BRM also makes a significant contribution to increasing efficiency. Upon braking, part of the kinetic energy is recovered and stored in the 48V battery. The coasting function opens up further potential: During coasting phases, the combustion engine is decoupled from the transmission and switched off. As a result, the vehicle can maintain kinetic energy and coast for longer by avoiding the friction losses of the combustion engine. When the driver wants to accelerate, the combustion engine is smoothly and immediately restarted and reengaged into the powertrain. In real operation, the BRM saves up to 15% fuel and to the same degree CO2.

In another cooperation project between FEV, SEG Automotive and the Chair of Internal Combustion Engines at RWTH Aachen University, the coasting function was further optimized by a predictive recuperation function. 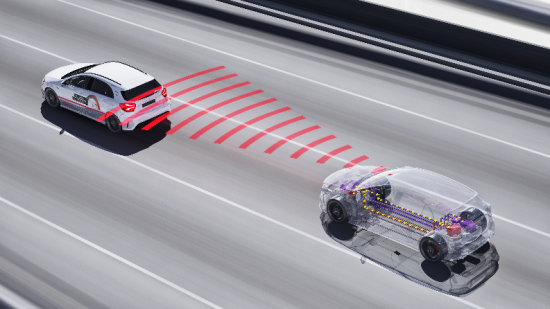 For this purpose, a camera-based sensor system detects the vehicles travelling ahead of the car. As the driver takes his foot off the accelerator, a prediction algorithm calculates whether it makes sense to switch into coasting mode or whether deceleration is necessary in order to avoid tailgating.

The BRM automatically regulates the degree of deceleration so that the mechanical brake system is not required. This increases comfort, as the driver does not have to intervene and it raises the amount of energy recovered, which has again a positive effect on fuel consumption.

The predictive coasting and recuperation strategy is a prime example of how the efficiency of the powertrain can be significantly increased by intelligent software functions.