Traffic volume on rural and urban roads in the United States: 1991-2016

This analysis was conducted to examine changes in traffic volume on rural and urban roads in the United States from 1991 through 2016. The raw data for the analysis were lane length (which takes into account all roadway lanes of travel) and distance traveled, both from the Department of Transportation. The average daily number of vehicles per lane was the calculated measure of traffic volume. The results are shown in the table below. 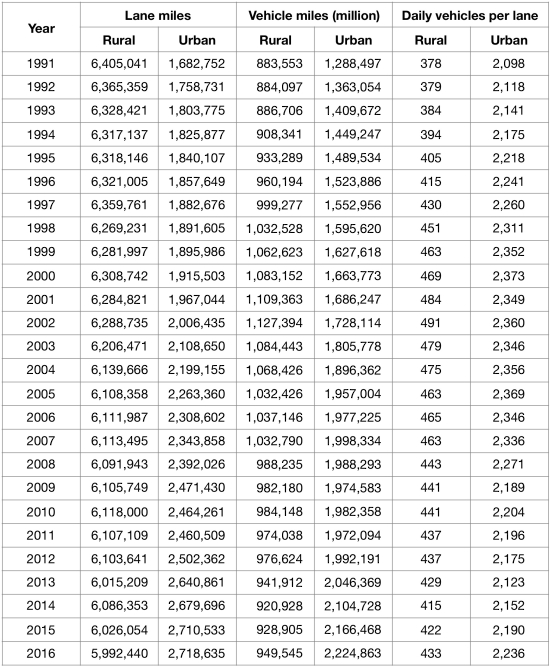 Lane length. Rural lane miles during the period from 1991 through 2016 showed a generally continuous decline totaling 6%, from 6.405 to 5.992 million miles. This decline is due primarily to the ongoing urbanization of the United States. In contrast, urban lane miles during the same period increased by 62%, from 1.683 to 2.719 million miles. (The total number of lane miles—rural plus urban— increased by 8% from 1991 through 2016.)