US average retail gasoline prices ended 2017 lower than they started 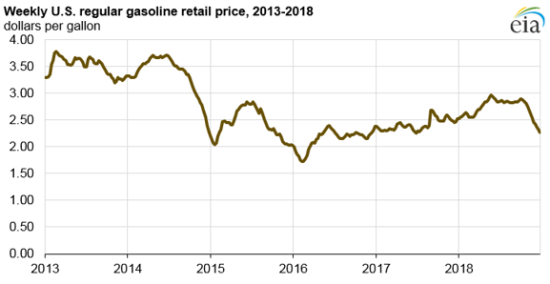 Rising crude oil prices and high levels of gasoline demand contributed to rising gasoline prices from January through May. Gasoline prices subsequently remained relatively stable from June through October before falling oil prices, high gasoline inventories, and flattening US gasoline demand helped bring the US average price down by nearly $0.50 per gallon between October and December.

The national price for gasoline declined for 12 weeks in a row at the end of 2018, which marked the longest consecutive weekly drop since the 17-week decline from October 2014 through January 2015. Although prices declined across the country, the extent of the decline varied greatly within the regions. 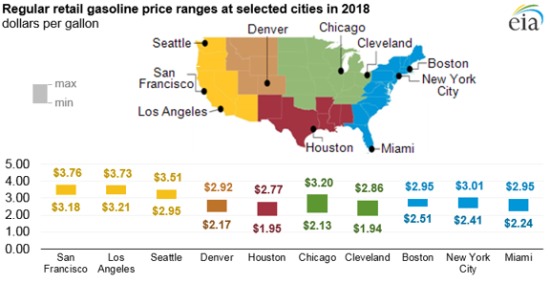