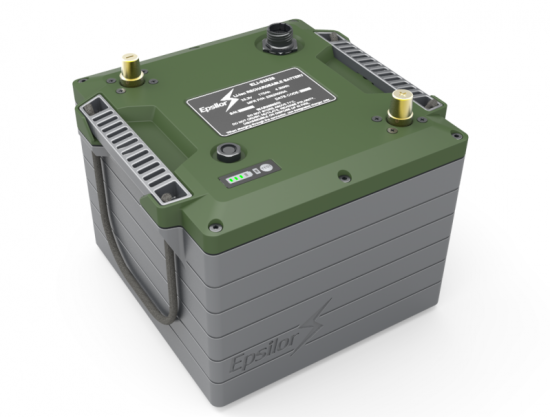 Epsilor’s lithium-ion vehicular battery family of products is intended to replace traditional lead-acid batteries, offering four times the energy and approximately half the weight of lead-acid batteries of similar size. The advanced batteries serve a wide range of applications in the automotive, military and marine markets.

At the IAV conference, Epsilor presented for the first time an improved version of the 6T which meets the requirements of the MIL-PRF-32565A Amendment 1 for rechargeable, sealed, 6T lithium-ion batteries issued by the US Army Tank Automotive Research Development and Engineering Center (TARDEC).

Epsilor’s 6T has an extremely long operational and cycle life which results in a significantly lower environmental and logistic footprint. The 6T batteries are optimized for next-generation armored vehicles (MBT, tracked and wheeled IFV) and designed as drop-in replacements for traditional lead-acid batteries in legacy vehicle fleets. They are particularly attractive due to their independent charge current regulation feature which enables these batteries to perform safely and continuously even without communication with the host platform.

Epsilor is part of the Power Systems Division of Arotech Corporation.

Why would anybody buy any other battery? I am totally confused as to why this is not huge news., They said Solid State TODAY.
Not years from now.