Port of Savannah to expand to handle six 14,000 TEU vessels simultaneously by 2024

The Georgia Ports Authority plans to expand the Port of Savannah to enable the simultaneous handling of six 14,000 TEU vessels by 2024. The plan is called “Big Berth, Big Ship.”

No other single container terminal in North America has the ability to expand berth capacity at this rate.

Currently, Savannah’s Garden City Terminal is equipped to handle two of these vessels and by April of this year that number will increase to three.

The Port of Savannah just last week achieved the busiest month ever in its history, moving 433,975 TEUs, a 28% jump over the previous year. 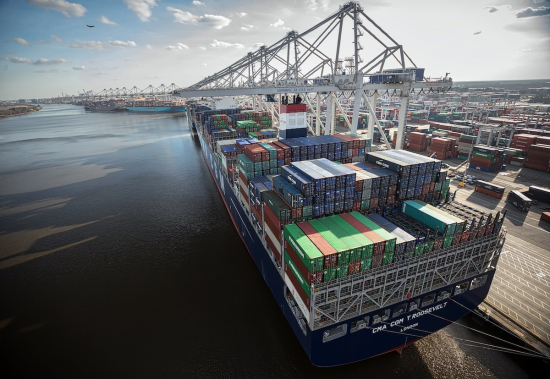 Over the next five years, the Authority plans to add another 21 Neo-Panamax ship-to-shore cranes, replacing 14 of its older models to bring the total fleet to 37. Dock upgrades are already under way to support the new, larger machines.

In addition to the ship-to-shore cranes GPA is adding, a dozen new rubber-tired gantry cranes will bring the number Garden City Terminal’s container handling cranes to 158. Ten RTGs will be commissioned in July, another two in September. Phase I of the Mason Mega Rail project will be complete in October 2019. Full completion a year later will double the Port of Savannah’s rail lift capacity to 1 million containers per year.

In late 2021, the Savannah Harbor Expansion Project is slated for completion, delivering the deeper water necessary to better accommodate the larger vessels now calling on the US East Coast.