From 2020, the customer will receive the second generation of high-performance battery systems for buses and trucks. These systems achieve 30 percent more energy density and thus more range with the same weight and installation space. In addition,the battery systems are capable of fast-charging, which is a specific need of the customer.

By the end of 2023, the Darmstadt-based company will supply second-generation lithium-ion battery systems from the Langen facility as well as from the planned new facility in the US.

The signing of the expanded framework agreement with our long-standing customer is a major milestone for our company. Through the new contract, we have aligned further cooperation in a sustained manner over the long term. The order volume supports the planned growth and safeguards our order backlog at a high level. For this reason, we have partially brought forward planned investments in organization, infrastructure and production capacities in order to realize our sustainable expansion and the ramp-up of series production in our semi automated production facility in Langen near Frankfurt/Main.

In addition, the expansion of further cooperation confirms the customer's satisfaction with the first generation of the high-performance lithium-ion battery system AKASystem OEM delivered.

Based in Germany, AKASOL operates a production facility in Langen (Hesse) with an annual production capacity of up to 300 MWh, which will be expanded to 800 MWh by 2020. According to AKASOL, this is Europe’s largest lithium-ion battery system production plant for commercial vehicles, which can currently produce battery systems per year for up to 1,500 fully electric buses or for up to 3,000 medium-sized commercial vehicles, depending on battery size.

AKASOL systems are manufactured according to the requirements of the industry standards of leading OEM customers. Current customers include Daimler, a Scandinavian bus and truck manufacturer, Alstom, Bombardier, Rolls-Royce Power Systems (MTU Friedrichshafen) and several more. 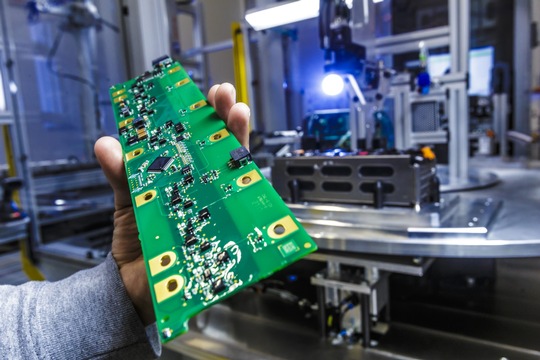 AKASOL has a technology-independent product portfolio. This allows the company to use the best battery cells and battery chemistry according to the clients’ individual needs.