The 3.0-liter straight six cylinder gasoline engine, which will debut on the Range Rover Sport, is available in 360PS and 400PS versions with torque capability of up to 495 and 550 N·m, is more responsive and better balanced than the outgoing V6 gasoline engine. 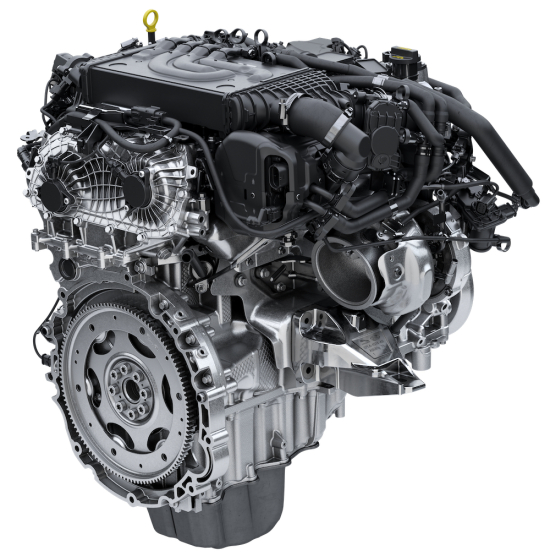 The new engine features a combination of an electric supercharger to deliver immediate response supported by a twin scroll turbocharger and Continuous Variable Valve Lift, which boosts power and help the engine to breathe with maximum efficiency. 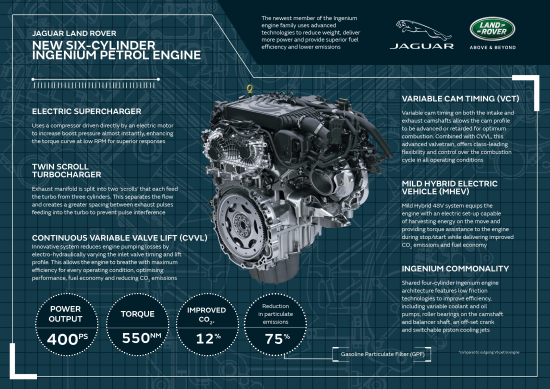 From the outset we always intended Ingenium to be a full family. That is why we chose to engineer our own flexible engine architecture to meet our bespoke needs, allowing Jaguar Land Rover to adapt and stay ahead of changes in regulation and technology. This second wave of engines, with a Mild Hybrid 48V system and performance-boosting technologies, is engineered to be cleaner and more efficient than ever before.

The new Ingenium engine will be manufactured alongside the current four-cylinder gasoline and diesel engines.

The 200,000 m2 Wolverhampton site is a ‘zero waste to landfill’ facility with everything used being recovered and recycled. Jaguar Land Rover sources 100% renewable electricity for its UK facilities and over 21,000 photovoltaic panels are installed on the roof of the EMC plant, allowing it to generate up to 30% of the site’s energy.

The EMC is fitted with equipment featuring precision manufacturing technology, including machinery that can work to tolerances of three microns.

In addition to being committed to delivering clean diesel and gasoline engines, Jaguar Land Rover is investing in electrification with next-generation Electric Drive Units (EDU) starting production at the EMC from 2020.

A high-tech engine with basically all the latest technology. There seems to be a trend from V6 to in-line 6-cylinder engines in the premium segment since also Mercedes recently introduced in-line 6 gasoline and diesel engines. Most likely, the Jaguar diesel V6 will also be replaced by a diesel in-line 6 counterpart of the gasoline engine. Modular design (4-6) is presumably less expensive when production numbers of 6-cylinder engines are relatively low compared to 4-cylinder engine production volumes.

Another trend–if you have not noted it yet–is that diesel and gasoline engine blocks tend to be very similar and thus, are produced at the same transfer line. With turbocharging and direct injection (enabling higher CR) on gasoline engines, the cylinder pressure increases, and you need a much stronger engine block, which happens to be readily available without major modifications if you also produce a diesel version, or vice versa. This also enables a relatively quick shift in share of each type of engine if market demands change. Cylinder heads and pistons are, of course, still completely different. However, with steel pistons for the diesel engines, the compression height of that piston is reduced to almost similar levels as for gasoline pistons. There are also differences in crankshaft, con rod and bearing sizes.