BMW Group Plant Dingolfing to create up to 2,000 secure jobs in e-mobility

The BMW Group Plant in Dingolfing in Lower Bavaria will increase the number of Dingolfing-based jobs in the production of e-drive components several times over in the next few years to a total of up to 2,000.

In 2018, the share of electrified models more than doubled year-on-year, to around 9% of the total production output. Almost 30,000 plug-in hybrids of the BMW 5 Series and 7 Series rolled off the assembly lines at the Dingolfing plant. 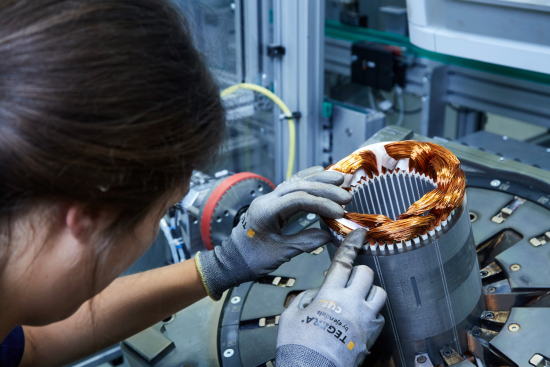 A total of around 330,000 vehicles were built at the location in 2018, Dingolfing was once again the BMW Group’s largest European production site in terms of production output.

In the coming years, the BMW iNEXT, scheduled for production at the Dingolfing plant from 2021 on, will be among the major milestones on the road to future mobility. Extensive investments are already being made all around the plant to prepare for the model.

The BMW iNEXT brings together all key automotive technologies: it is fully electric, fully connected and highly automated. It is the technology flagship for the future of the entire BMW Group. And we are proud that this car of the future will be built here at our plant.

The BMW iNEXT paves the way for a number of innovations: Starting in 2021, it will be the first all-electric BMW to be produced in Dingolfing, where it will be assembled flexibly and efficiently on a single line together with plug-in hybrid and combustion-engine models. According to Horstmeier, the new addition would also allow the location to play a pioneering role in the future-oriented field of autonomous driving.

Ilka Horstmeier has been director of the BMW Group’s largest European vehicle plant since November 2018.

The plant in Dingolfing is a showcase for many future topics in automotive engineering, including the BMW Group’s center of excellence for the production of electric drive systems.