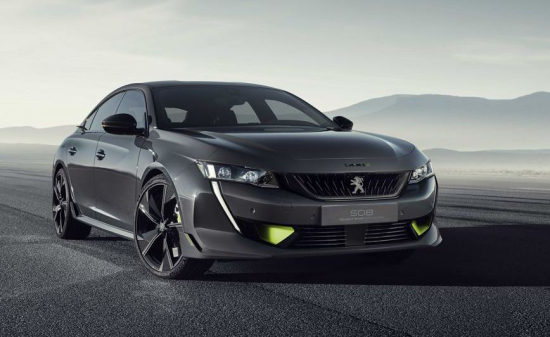 PEUGEOT SPORT was given the task of developing this new model line. For this concept vehicle, PEUGEOT SPORT drew upon the experience gained with two electric concept cars:

The PEUGEOT SPORT engineers united the potency of three engines (a PureTech 200, an 110 bhp electric motor at the front and a 200 bhp motor at the rear), two power sources and four-wheel drive to provide spectacular in-gear acceleration, developing a maximum torque of 500 N·m. These characteristics place the Concept 508 PEUGEOT SPORT ENGINEERED on an equal footing with a 400 bhp ICE vehicle.

The PEUGEOT 508’s chassis was specifically modified to lower the vehicle body height, include new damping laws and to widen the front track by 24 mm, the rear track by 12 mm. The precision steering has also been improved to provide extra efficiency and heightened pleasure at the wheel.

In Sport mode, thermal and electric power sources can be aggregated up to 190 km/h.