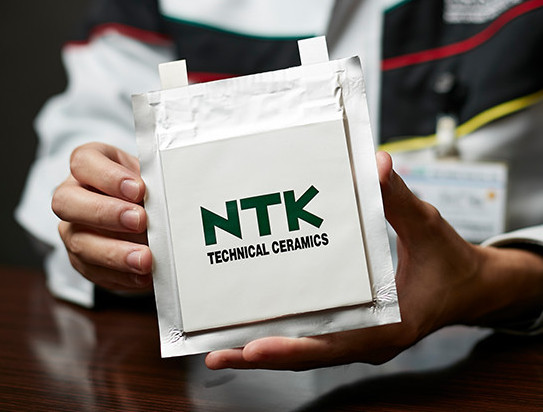 Testing solid-state battery technology on the Moon is aimed at supplying the burgeoning lunar industry with a stable energy storage solution. However, in order to conduct sustained lunar exploration, energy storage technology must be capable of withstanding extremely cold temperatures on the Moon, such as during the lunar night and in the permanently shadowed regions at the Moon’s poles.

Lithium-ion batteries with liquid electrolytes are not suitable for lunar conditions. As the Moon’s poles can reach -150 °C (approx. -240 °F) in temperature, the liquid would freeze, which would cause the expansion of volume and risk of damaging the internal structure of the battery. Therefore, a stable power supply in space and on the Moon is critical for exploration and further development.

The current solution to keep electrolyte batteries above freezing temperatures has been to attach an electrical generator which generates heat using sources such as radioactive isotope which can be hazardous. In comparison, solid-state battery technology uses a solid material as an electrolyte, such as ceramic, and avoids the issue of freezing liquid. Further, the technology is expected to produce safer, more compact batteries compared with conventional lithium ion batteries.

NGK Spark Plug has been pursuing research and development on oxide-based ceramic electrolyte battery technology with a focus on providing a wider operating temperature range and higher safety than other types. 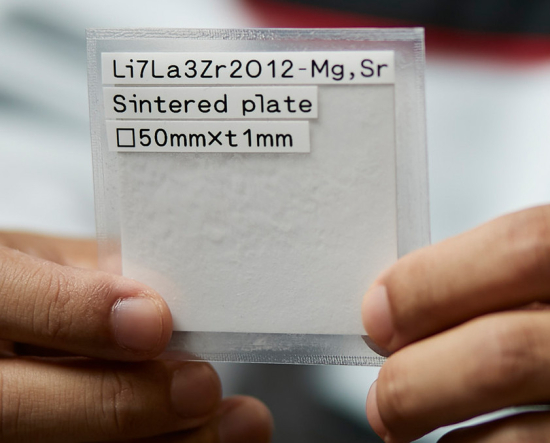 The choice of oxide eliminates the risk of combustion or hazardous gas leakage, and the company leverages its ceramics expertise in material and processing to improve the performance of its solid-state battery material.

NGK Spark Plug’s specialty in making batteries small and compact is a key feature for future spacecraft to install the technology in a limited space. At the same time, NGK SPARK PLUG has developed a unique capability of non-sintering the oxide-based electrolytes, instead of the common practice of sintering (densification of oxide electrolyte using a high temperature treatment). This means NGK SPARK PLUG will be able to eventually make the batteries larger for multiple applications.

ispace, inc. (ispace) is a private lunar exploration company with a vision to extend human presence beyond Earth. The company has more than 85 staff from 13 different countries; operates in Japan (HQ), Luxembourg and the US; and has signed partnerships with the Japan Aerospace Exploration Agency (JAXA) and the Government of Luxembourg. ispace raised nearly US$95 million in Series A funding—the largest on record in Japan and more than almost any other space company. ispace also managed Team HAKUTO, one of the 5 finalists in the Google Lunar XPRIZE competition.

HAKUTO-R is a private lunar exploration program consisting of multiple missions. It includes ispace’s first two lunar exploration missions: Mission 1, a Moon orbit in mid-2020, and Mission 2, a Moon landing in mid-2021. For both missions, ispace’s lunar lander and rovers will be carried as secondary payloads on SpaceX’s Falcon 9 rocket. The program is intended to be technology demonstration, allowing ispace to lay the groundwork for higher-frequency, customer-focused missions.