The test will start 28 Feb. 2019 at Kyocera’s Yokohama Nakayama Office in Kanagawa Prefecture, Japan, where a small VPP will be installed using the company’s solar photovoltaic (PV) modules and batteries. The energy will be controlled through LO3 Energy’s distributed ledger technology to log and manage energy flow. 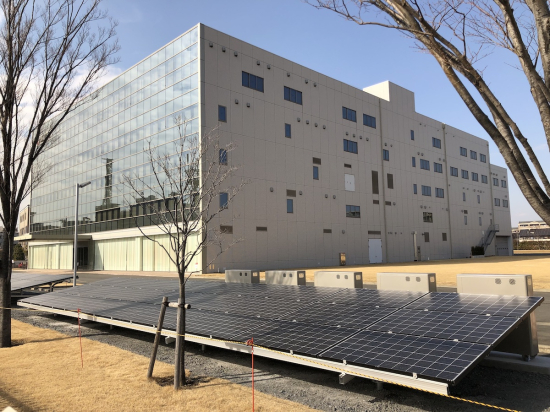 LO3’s blockchain technology is used for verifying and recording transactions, enabling consumer “sharing” of energy they produce with their own solar panels via a microgrid, which can reduce the burden on the larger energy grid.

In addition, the companies will examine power-control results using LO3 Energy’s expertise in blockchain technologies that have been proven worldwide. LO3 Energy’s peer-to-peer platform helps control power generation and availability among connected users, which facilitates an effective test environment. Through this testing, the companies will develop new ways to expand the efficiency of existing energy transmission and distribution networks in Japan and worldwide.

I like to clarify the token use of Restart Energy RED MWAT-Token. My understaning is like this:

MWAT Token, which you can trade on external exchanges, like Kucoin at the moment. This gives you access to the RED-Platform, where you can buy, sell, store or trade RED-internal energy token (KW-Token). And it gives you the right to start a franchise.

KW-Token This can be loaded up to 1 MWh. Each token holder of MWAT-Token will get a free monthly load of energy stored as KW-Token. So this is what you can imagine like a battery. You can trade your KW-token, or you can use them to pay your bill, if in your country RED has a residence or a franchise.

So the use of MWAT-Token will be to get free KW-Token, which you can trade on the RED-Platform. This is like a passive income.