The Volkswagen Group Components brand will be showcasing the near-series design study of its flexible quick charging station at the Geneva Motor Show.

With compact dimensions, it can be installed wherever there is demand or where there is still no charging infrastructure. Connected to the grid or even off-grid, the station can charge up to four electric cars simultaneously, based on the principle of a ‘power bank’, two with DC quick charging. 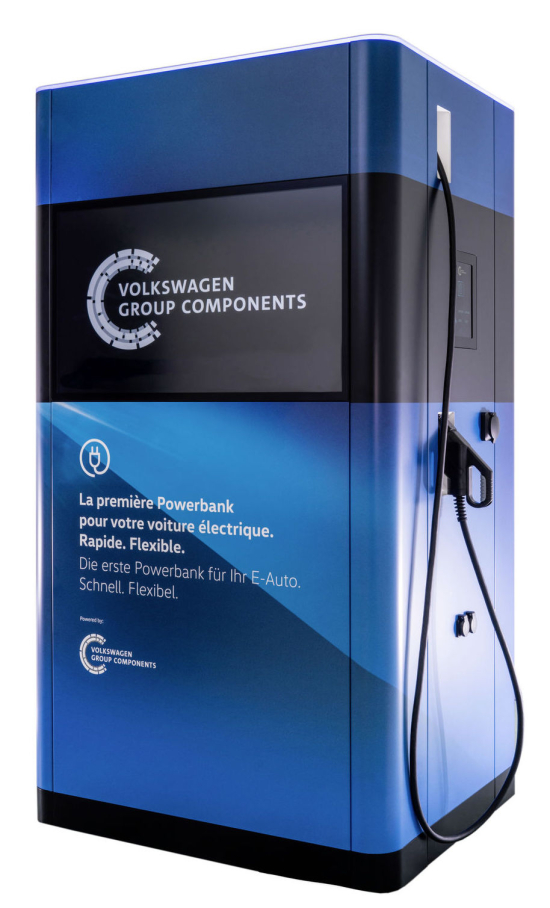 The charging station can be used as interim storage for eco-power; however, when connected to the mains power grid, it becomes a permanent charging point. Series production will start from 2020 onwards in Germany at the company’s Hanover site.

The near-series design study shows the compact dimensions of the charging station: with a footprint of only 120x100 cm, it can be positioned almost anywhere, a factor that will enable vehicles to be charged at almost any site in future—in the city, at festivals, at a stadium or at any other events wherever they may be.

If the station is charged with renewably generated electricity – whether solar or wind energy, the new charging station allows renewable power to be temporarily stored, making electric mobility CO2-neutral. Countries that feed a high proportion of renewably generated power into the grid, in particular, will be able to store a percentage of this energy using this charging station. At the same time, the interim storage of energy relieves pressure on the mains power grid at peak times.

The charging station is based on the Volkswagen Group’s Modular Electric Drive Matrix (MEB) and is designed to use its cell modules. Apart from the benefit of being scaled up to different capacity levels, the charging station will provide a second life for batteries from electric vehicles.

One more step in the right direction?