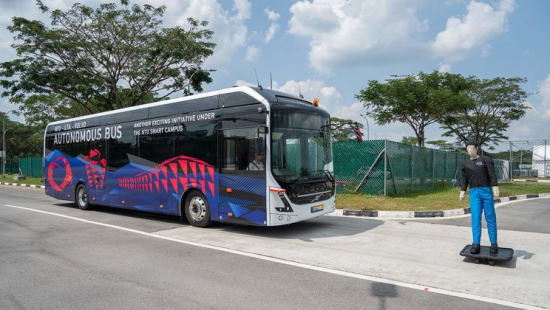 The bus is equipped with four lidar sensors which enables it to detect and stop for objects coming in its way.

The 85 passenger Volvo 7900 Electric bus is equipped with sensors and navigation controls that are managed by a comprehensive artificial intelligence (AI) system. The AI system is protected with cybersecurity measures to prevent unwanted intrusions.

The Volvo bus has undergone preliminary rounds of testing at the Centre of Excellence for Testing and Research of Autonomous vehicles (CETRAN). 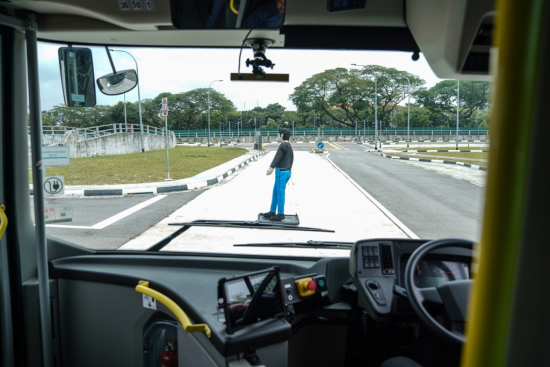 Plans are in place to test the bus on NTU campus and to extend the route beyond the university.

Our electric bus featuring autonomous technology represents an important step towards our vision for a cleaner, safer and smarter city. The journey towards full autonomy is undoubtedly complex, and our partnership with the NTU and LTA is critical in realizing this vision, as is our commitment to applying a safety first approach.

The bus comes with a Volvo autonomous research software that is connected to key controls and multiple sensors. NTU researchers have enhanced it with an AI system that communicates with sensors, enabling the bus to operate autonomously.

This includes light detection and ranging sensors (lidar), 360-degree cameras and an advanced global navigation satellite system that uses real-time kinematics. This is like any global positioning system (GPS), but uses multiple data sources to give pin-point location accuracy up to one centimeter.

The system is hooked-up to an “inertial management unit”, measuring the bus’ lateral and angular rate. This will improve the bus’ navigation when going over uneven terrain, supporting a smooth ride.

This type of driverless e-buses could reduce O & M cost by 50% to 66+% while reducing pollution, GHGs and climate changes, specially where associated labor is very costly.