The latest edition of the US Environmental Protection Agency (EPA) annual Automotive Trends Report finds that Model Year (MY) 2017 vehicle fuel economy was 24.9 miles per gallon, slightly higher than MY 2016, and a record high overall. Since MY 2004, fuel economy and CO2 emissions have improved in eleven out of thirteen years. 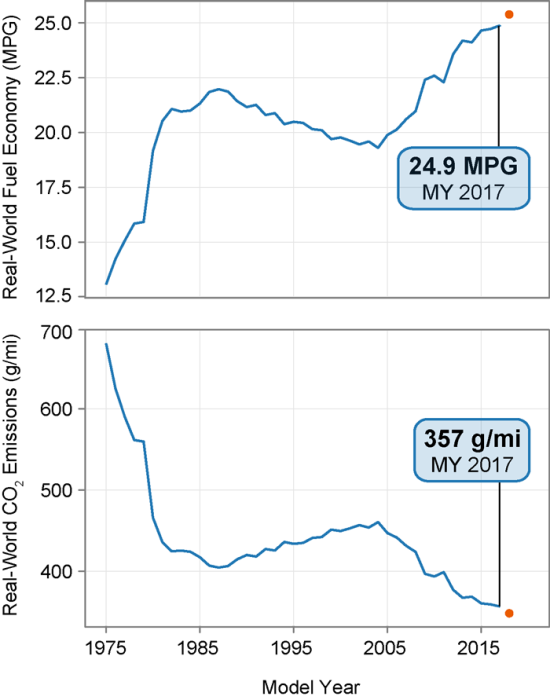 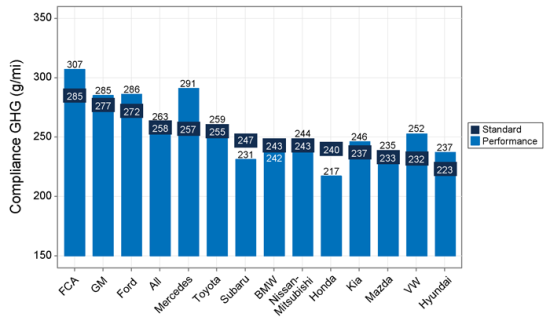 Highlights of the report include: 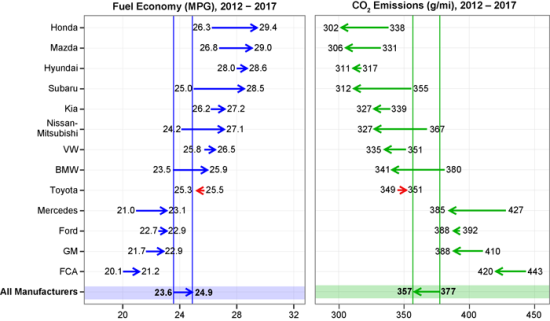 The trend is positive but going way too slowly.  Something like the XL conversion for the F-series is a good start, but limited.

SUVs and working vehicles like pickups don't usually need huge amounts of power, but benefit from good torque (especially for towing).  Happily, electric motors have their best torque at stall.  This suggests to me that a PHEV drivetrain combining a smaller engine (4-cylinder Otto or 2-cylinder Achates) with a motor-generator in place of the torque converter, PHEV battery and hefty e-motor connected to the final drive could achieve a lot of weight savings over add-ons like the XL conversion while meeting or beating ICE-drivetrain torque and easily doubling fuel economy.  That would get emissions on a firm downward trajectory while meeting or exceeding consumer expectations.

A few, like Honda and Subaru, had positive results but Mercedes and the Big 3 with negative results are NOT doing enough.

Agree! Again, batteries are the key, everything else to transition to all electric vehicles is mature technology. It is shameful how the Trump administration actually works against this transition; nothing less than another Manhattan project using the best available scientists will do the job in time to arrest the pollution and climate problem. The present slow casual approach to this transition is sinful.

A long long way ahead to go.