In January 2019, the Chinese market saw 253% more nickel deployed in passenger EV batteries than the same month the year prior, according to a model-by-model build-up using Adamas Intelligence’s EV Battery Capacity and Battery Metals Tracker.

The accelerated deployment of battery nickel in China, due primarily to an ongoing shift from LFP to NCM 523/622 cathodes, has made China the largest market for passenger EV battery nickel, ahead of Japan and the US, which were the two largest markets in January 2018.

In January 2019, the US overtook Japan to become the second largest market for passenger EV battery nickel globally on the back of strong BEV sales in the US relative to the Japanese market, which has traditionally been dominated by HEV sales. 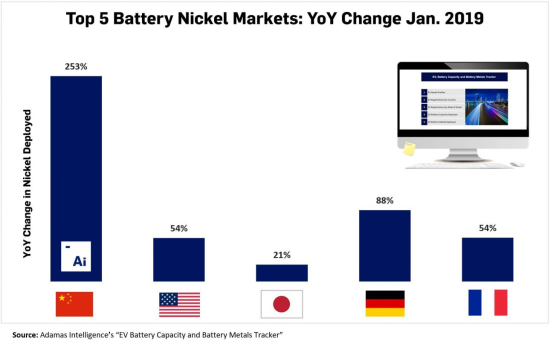 There is the various way to do shut down just need to know how to shut down windows 10 computer by the authentic website.