SuperTruck II is a partnership between the DOE, truck manufacturers and equipment suppliers seeking to improve freight efficiency to more than 100% over an equivalent 2009 model, and to improve engine brake thermal efficiency performance to 55% or greater. The $100-million program is funded by the Vehicle Technologies Office of the US DOE and industry partners. The Eaton 48-volt mild hybrid accessory drive captures energy while driving and is used to keep the sleeper cab comfortable overnight without idling the engine.

SuperTruck II is a continuation of the DOE’s SuperTruck initiative, which launched in 2010 with the goal to improve heavy-duty truck freight efficiency by 50%. The long-term objective of the project is to develop technology that can lead to cleaner, more efficient heavy-duty trucks, which haul 80% of goods in the United States and use about 28 billion gallons of fuel per year, accounting for around 22% of total transportation energy usage.

In addition to the components Eaton is supplying to the SuperTruck teams, it offers several other technologies that help truck manufacturers achieve stringent upcoming fuel economy and emissions regulations.

Since 2008, Eaton’s Vehicle Group has been laser-focused on reducing emissions and fuel consumption. We have—and continue to develop—technologies that reduce NOx emissions and improve the overall fuel economy of internal combustion diesel engines, as well technologies for electric, hybrid and fuel cell commercial vehicles.

Several products take advantage of Eaton’s modular variable valve actuation technology, which allows OEMs to choose the technologies they want to use based on their needs.

Examples of what Eaton’s Vehicle Group offers include diesel cylinder deactivation (CDA) and variable valve actuation (VVA) technologies. Both technologies can be used to reduce fuel consumption between 5 and 25%, increase the rate of aftertreatment warmup and maintain higher temperatures during load operation. CDA and VVA technologies can also be used at road loads to achieve active diesel particulate (DPF) regenerations without requiring the traditional method of dosing the diesel oxidation catalyst.

Eaton’s CDA technology can operate at up to three to four bar BMEP at all speeds, which reduces emissions by improving aftertreatment thermal management while providing better fuel economy. Similarly, intake valve modulation can be used at higher loads to enable Miller cycle operation to improve engine fuel efficiency.

Another technology to help on the path to regulation compliance is Eaton’s TVS EGR pump, which is designed to save fuel while meeting new global emission regulations. 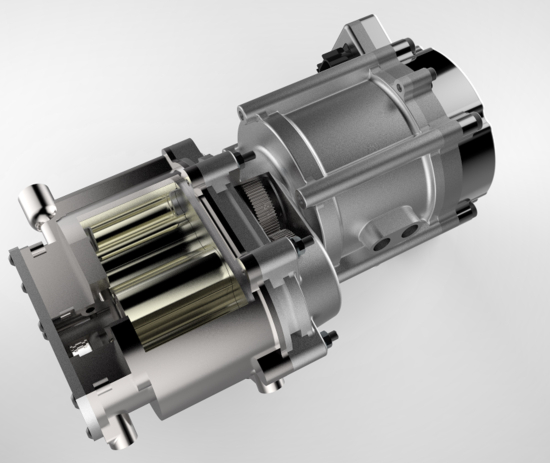 Additionally, Eaton’s new engine decompression brake can help OEMs with regulatory compliance. Fuel economy and emissions regulations are driving engine downsizing and down speeding in commercial vehicles, which is resulting in the need for higher braking efficiency to maintain braking effectiveness at lower speeds.

The better solution is of course is an all electric truck; but, battery technology must prove it is a viable solution before the practical trucking industry will accept that solution...until then we will continue to see bandaids on obsolete, polluting diesel drivelines to improve fuel mileage.