An annual ' tracking the progress of California Climate Investments, released by the California Air Resources Board and the California Department of Finance, finds that nearly $1.4 billion in new funding last year went to projects across all of California’s 58 counties—almost double the $720 million spent in 2017.

The state’s cap-and-trade program, which began in 2012, was re-authorized and improved in 2017 to ensure California continues to meet its ambitious climate change goals and that billions of dollars in auction proceeds keep flowing to communities across the state through California Climate Investments. 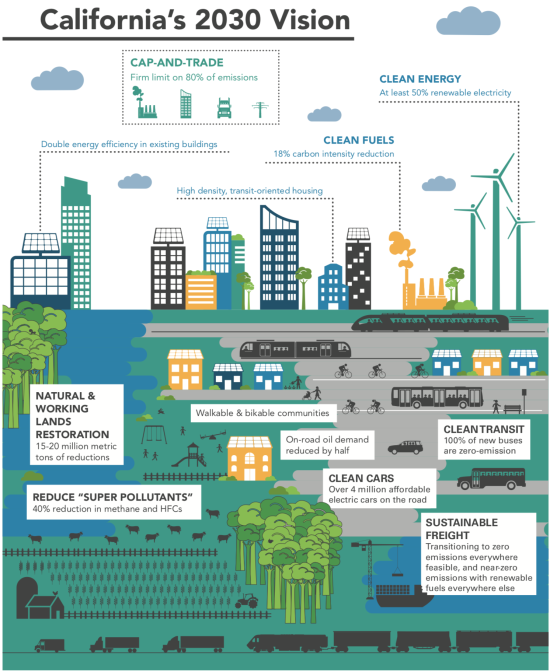 To date, $9.3 billion in cap-and-trade proceeds has been appropriated to 20 state agencies that have distributed $3.4 billion to projects that are either completed or under way across the state. These “implemented” funds have leveraged an additional $10.8 billion from other sources.

From rebates for electric and plug-in vehicles to energy efficiency and solar installations that are reducing home energy costs, more than 125,000 individual projects were completed in 2018. Among the projects:

Last year, the state doubled the number of affordable housing units under contract for construction to 3,200 units, and tripled the number of trees planted in urban areas to 50,000 trees, compared to the previous year.

Cap-and-trade funding was also used to create more fire-resilient communities and ecosystems. These wildfire resilience projects create fire breaks around communities and use thinning and prescribed fire to remove flammable vegetation in fire-prone areas of the state, especially the western edge of the Sierra National Forest.

Nearly $2 billion of the $3.3 billion in implemented investments—57%—is benefitting the state’s most vulnerable populations, exceeding the 35% investment minimum required under statute.

Senate Bill 535 established a minimum investment to benefit communities designated as disadvantaged by the California Environmental Protection Agency when the cap-and-trade investments began. In 2016, Assembly Bill 1550 replaced and expanded those minimums to include low-income communities and low-income households.

Projects funded to date are achieving the overall goal of California Climate Investments by reducing greenhouse gas emissions by more than 36.5 million metric tons, roughly equivalent to taking eight million cars off the road for a year.

The report includes statistics on a variety of other environmental and economic benefits from these investments. For example, outcomes expected over the life of the projects that received funding in 2018 alone include:

The report also features profiles that highlight the impact these investments are having on individuals and communities, particularly those in California’s most disadvantaged areas.

California, Japan, So-Korea, northern EU countries are world leaders. Will the rest of USA and other countries follow?

HD:
In some red states, the idea of government funded projects is criticized as social programs...yet these same people who are against government have no problem accepting social security and medicare in their old age; Thank God they have states like California working and pushing for a better quality of life for them also...They have drank the Republican Kool Air and They don't know they do not know.

"Affordable Housing"
There is a foreign concept in Southern California.
Those darn socialists, so idealistic and Utopian. /s