Genesis revealed the Mint Concept ahead of the opening of the 2019 New York International Auto Show. The Mint Concept is a battery-electric luxury car for the city, with a new vehicle typology featuring organic design and an innovative interior user experience. The Mint powertrain is capable of an estimated 200 miles per full charge and 350-kW fast recharging. 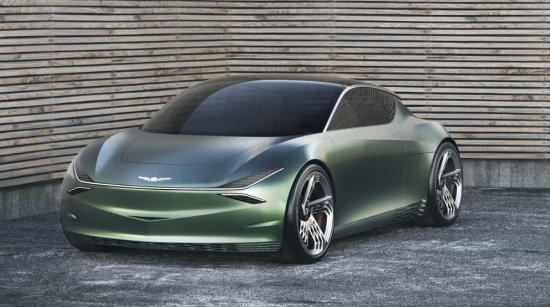 As a brand, Genesis embraces progressive design values, and the Mint Concept reinforces this commitment from a previously undiscovered perspective. Mint belongs in the city, and we are proud to introduce our evolution of the ideal city car in New York.

The Mint Concept is both highly maneuverable and exhilarating to drive.

The Mint Concept disconnects the physical dimensions of the vehicle from its positioning as a premium product, calquing[1] the city car of the past to today. The Mint Concept is a designer’s Occam’s razor that challenged us to visualize a scaled-down interpretation of our signature aesthetic.

The Mint Concept represents a holistic collaboration among Genesis design studios located around the world, led by Genesis Global Advanced Design in Germany, Genesis Design Team in the US, and the Namyang Design Center in South Korea.

The Mint Concept posits an expanded definition of Genesis brand design cues adapted for a two-door, two-passenger city car with a reduced footprint. Finished in Hunter Green matte paint, the Mint Concept stretches a three-box design to the corners with extremely short front and rear overhangs.

The Genesis design hallmarks are evolved and designed specifically for the Mint Concept. Quad Lamps in front and back stretch to the corners, to enhance the feeling of presence and stance, with their respective top light elements connecting to form wraparound light bands. The Crest Grille appears as a closed sculptural element with a slight opening for the reduced cooling requirements of the battery pack. The signature Parabolic Line wraps around the body of the Mint Concept, with a sweeping uptick toward the concave rear. The overall motif skews to the sportier side of Athletic Elegance.

The G-Matrix pattern serves a functional purpose on the lower half of the vehicle, used for efficient cooling and airflow circulation around the battery floor; it is also the basis for the Mint Concept’s aerodynamic wheel design.

In lieu of a conventional trunk with a rear hatch, the Mint Concept features a parcel shelf designed for occasional use. Access to the rear compartment is provided by scissor-style side openings engineered with a low load-in point to allow for easy stowage and retrieval. The interior of the Mint Concept offers ample space to stash temporary items that are essential for day-to-day life, with focus on portability and accessibility. The rear-mounted and centered charge port facilitates connections to charging stations.

Ingress and egress are made easier with the automatic swiveling capability of the instrument panel and the bench seat. 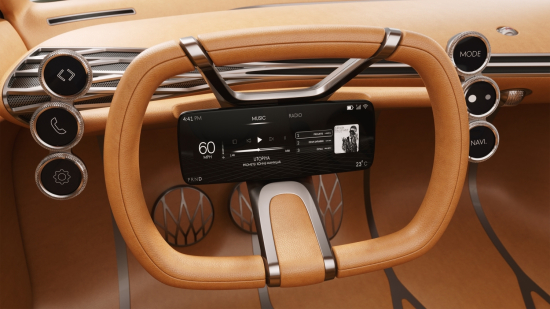