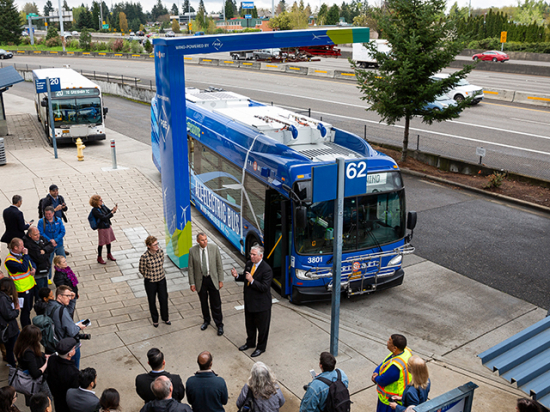 The program was funded in part with a $3.4-million grant from the Federal Transit Administration’s 2016 Low and No Emission (Low-No) Vehicle Deployment Program.