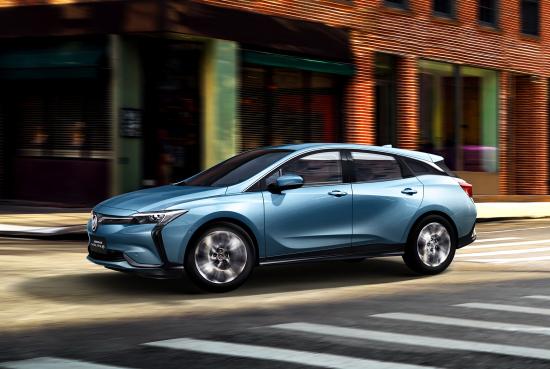 Its new-generation pure electric drive system generates a maximum 85 kW of power and 255 N·m of torque. The VELITE 6 has a combined electric driving range of 301 km (187 miles) in the city, and electricity consumption of 13.3 kWh/100 km.

In addition, Buick announced the start of its strategic cooperation with the EVCARD car-sharing brand to jointly explore the electric vehicle sharing market in China. The first 5,000 VELITE 6 vehicles will be put into operation by EVCARD starting on April 28.

Last year, Buick unveiled the Enspire battery-electric concept SUV in China. (Earlier post.) The Enspire is able to travel up to 370 miles (595 km) on a single charge, and supports both fast and wireless charging. The battery can be charged to 80 percent of capacity within 40 minutes.

Interesting e-Buick evolution in China? Will those units be exported to North America?

this Velite 6 will be a China-only model...
https://carbuzz.com/news/buick-is-showing-some-awesome-new-models-right-now

China and Europe are setting up for great futures in clean energy while we in the U.S. are stuck with a President and Republican politicians who are working hard to actually stifle innovation.

What I don't understand is why Japan is so far behind; except for Nissan, the Japanese seem to be following the U.S. leadership of maintaining the status quo and selling fossil fuel cars.

Japan has done what the U.S. wants for many decades.
There are lots of reasons for this, but the facts remain.

Both GM and Ford have announced major future electric vehicle projects. GM just announced a 300 million $ addition to their Orion, MI plant and will be building an updated version of the Bolt and another vehicle based on the updated Bolt technology. I assume that these will be 2020 vehicles and GM is supposed to have something like 8 new electric vehicles for the US market by 2022. The future is clearly battery electric.