Mullen Technologies is working with the PDA to bring the development of its Qiantu (pronounced as chee-AHN-too) K50 pure electric high-performance sports car to the Spokane region with approximately 55 jobs at startup, projected to increase up to 863 jobs by 2026. 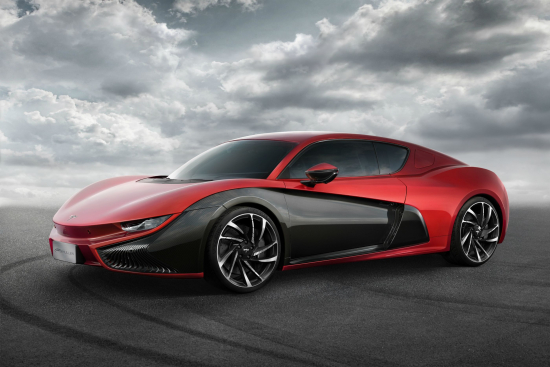 The company, through Mullen Energy, has expressed further interest in bringing its research and development functions related to lithium batteries for its autos and other uses which would increase the projected job count to nearly 3,000.

The launch of the Qiantu K50 is anticipated in the USA in 2020 and is a partnership with Qiantu Motors. The pure electric high-performance sports car features a dual-motor, 4WD powertrain and supports multiple driving modes. Peak output power from the two motors combined can be as high as 280 kW, with a torque of 580 N·m. Acceleration is 0-60 miles/hour in less than 4.2 seconds.

With the innovation Mullen Energy has underway, the lithium batteries powering the sports car would be 30% lighter and would significantly increase the overall range of the vehicle. Qiantu K50 has an NEDC range of more than 230 miles and with a uniform speed, the range could reach more than 310 miles.

Under the term of the LOI, the PDA would construct the facilities including site improvements, rail access and up to 1.3 million square feet of combined office and manufacturing space and lease the facilities to Mullen. The PDA is currently working with Mullen to secure an interim facility of approximately 100,000 sf for their immediate use on the battery research and development, production and initial assembly of the sports car.

The PDA was created by joint agreements of the City of Spokane, Spokane County and the Spokane International Airport for the purpose of growing economic prosperity in the Spokane Region. The PDA was recently an integral partner in the successful recruitment of the Amazon Fulfilment center.

Will one of the 486 China EV manufacturers be used to mass produce this unit?