BP, Nouryon (formerly AkzoNobel Specialty Chemicals), and the Port of Rotterdam will collaborate to explore the opportunity of making green hydrogen via water electrolysis for BP’s refinery in Rotterdam, the Netherlands, which has the potential for significant reductions in CO2 emissions. 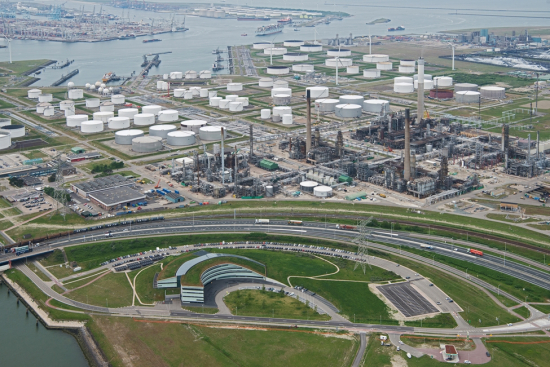 The refinery currently uses hydrogen made from hydrocarbons to desulfurize products. Replacing this entirely with green hydrogen produced from water using renewable energy could potentially result in a reduction of 350,000 tons of CO2 emissions per year based on current circumstances.

The parties have signed a memorandum of understanding to study the feasibility of a 250-megawatt water electrolysis facility to produce up to 45,000 tons of green hydrogen yearly using renewable energy. It would be the largest of its kind in Europe.

Nouryon would build and operate the facility based on its leadership position in sustainable electrochemistry. The Port of Rotterdam would facilitate local infrastructure and investigate options for further development of a green hydrogen hub in the area. The partners intend to take a final investment decision on the project in 2022.

BP is committed to advance a low carbon future. We have committed to reduce emissions in our operations, improve our products to help customers reduce their emissions and create low carbon businesses. The use of green hydrogen, made from water with renewable energy, has the potential to deliver significant emissions reductions at Rotterdam. Working with Nouryon and the Port of Rotterdam will allow us to explore and fully understand the technical, operational and financial dimensions of this potential opportunity.

In April 2018, BP set clear, near-term and specific targets aimed at reducing its emissions and advancing the energy transition, including achieving 3.5 million tonnes of sustainable GHG emissions reductions across the BP Group from 2016 to 2025 and targeting a methane intensity of 0.2%.

The Upstream Carbon Fund will be in addition to the $500 million that BP invests in low carbon activities each year, including investment in venturing activities and into its significant alternative energy business. BP is also a founding member of the Oil and Gas Climate Initiative, which brings together 13 of the world’s largest energy companies and has set up a $1-billion investment fund to address methane emissions and other issues.

"..reduction of 350,000 tons of CO2 emissions per year.."
This is impressive, presumably they can do this cost effectively, they are not in the business of losing money.

I would imagine that this is dependent on grants.
I am a hydrogen advocate, but have no sympathy for any misrepresentation of early stage technology and its cost.

Electrolysis has dropped around 40% in its costs over the last 5 years, and subsidy is dependent on the thesis that it, and the renewables to power it, will continue to drop in cost.

Hopefully that will be the case, but trials are not to be confused with currently commercial technology, or there would be no trial about it.

This is very good news for clean green H2 mass production, probably at a much lower price. It is not surprising that major Oilcos are getting involved. They see a great future for green H2 economy making better use of REs.

Using green H2 to make fossil fuels is not the way.
Use that hydrogen to power fuel cell trucks for cleaner air.

With good heat recuperation, the total efficiency can reach close to 95%.

Unfortunately, the electrolysers currently used to produce clean H2 are only about 60% efficient but that is enough when excess low cost energy from REs is used. Electrolyser makers in Norway are developing units with close to 85% efficiency.