Zotye USA’s first vehicle for the US market will be the T600 compact CUV. Zotye expects to be the first Chinese automaker to sell vehicles in the United States under its own brand name. The T600 made its debut at the Shanghai Motor Show in April and will go on sale in China next year. 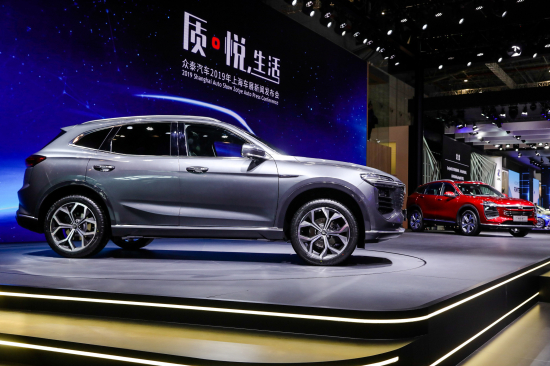 The US model is expected to use a 1.6L inline four-cylinder engine with turbocharging and a six-speed automatic transmission.

Zotye USA is currently planning to bring in at least two additional vehicles, a mid-size CUV and a sedan. Timing for when those vehicles will go on sale has not yet been announced.

Zotye USA’s formation was announced on 13 November 2018 as the exclusive sales and distribution company of Zotye Automobiles for the US market.

Zotye USA announced in January that it had signed agreements for 19 new vehicle sales locations. Today, the number of locations stands at 60 and the company anticipates it will have close to 300 locations in the top 100 markets by the time the T600 goes on sale. Total size of the Zotye USA sales network is expected to be about 325 locations.

ZOTYE is one of the current 486 vehicle manufacturers in China. Zotye currently makes (500,000/year) 24 different Electric and various ICEV models for the local market and export to 10-15 countries.

The small e-cars sell for as low as $8K in China. The other 23 models are very competitive.