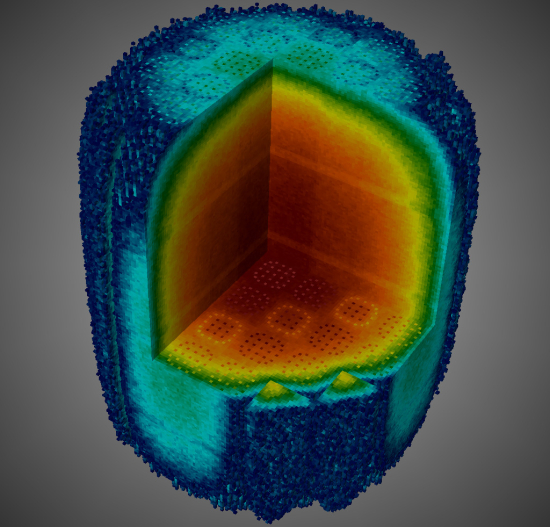 ORNL scientist Steven Hamilton said the Monte Carlo radiation transport codes used in the simulation ran 30 to 40 times faster and with four to five times greater efficiency on Summit versus the same experiments performed on Titan.

Results of the simulations, detailed in Annals of Nuclear Energy, factor into part of an Exascale Computing Project called ExaSMR. ExaSMR This project couples high-fidelity neutronics and fluid dynamics in an integrated toolkit for modeling the operational behavior of small modular reactors.

It also models the operational behavior of existing light-water reactors at full power with full-core multiphase thermal hydraulics and fuel depletion (over the complete reactor lifetime).

Our hope is to more accurately predict how the reactors will behave before they are built. This research instills more confidence that the reactor is going to behave exactly as predicted.