Volkswagen plans to build one million electric vehicles a year by 2025; given this target, handling battery recycling internally is a priority for cost and environmental reasons.

In the long term, Volkswagen wants to recycle about 97% of all raw materials in end-of-life EV battery packs. Today, the level is roughly 53%; Volkswagen’s plant in Salzgitter—expected to be the home of Volkswagen’s first center for electric vehicle battery recycling—expects to raise it further to about 72%.

Next year, Salzgitter plans to have an initial capacity to recycle roughly 1,200 tons of EV batteries per year—equal to the batteries from about 3,000 vehicles.

Using a special shredder, the individual battery parts can be ground up, the liquid electrolyte can be cleaned off, and the components separated into “black powder.” This contains the valuable raw materials cobalt, lithium, manganese, and nickel—which, while requiring further physical separation, are then ready for reuse in new batteries. 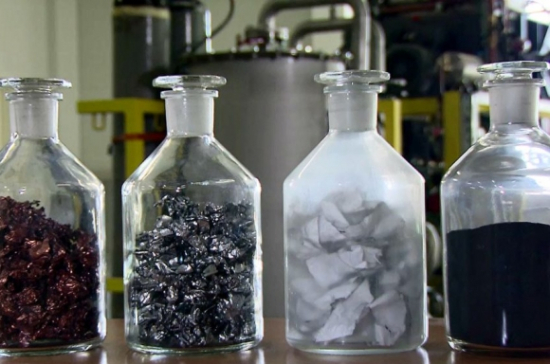 An electric car battery shredded by a Volkswagen process into its components: copper and aluminum, steel, insulation/packaging and “black powder”—raw and rare metals.

Volkswagen expects the plant in Salzgitter to be followed in the next few years by further decentralized recycling plants.

Good call. It will be a lot easier to mine cobalt in old batteries than in the DRC.
There could be a lot of money in recycling lithium batteries.