Equinor has exercised its preferential rights to acquire an additional 22.45% interest in the Caesar Tonga oil field from Shell Offshore Inc for a total consideration of USD 965 million in cash. This will increase Equinor’s interest from 23.55% to 46.00%. Anadarko remains the operator with a 33.75% interest, and Chevron retains its 20.25% interest.

The Caesar Tonga field is located 180 miles (290 kilometers) south-southwest of New Orleans in the Green Canyon area and is one of the largest deepwater resources in the US Gulf of Mexico. Equinor’s current share of production from Caesar Tonga is 18,600 boepd (net to Equinor). 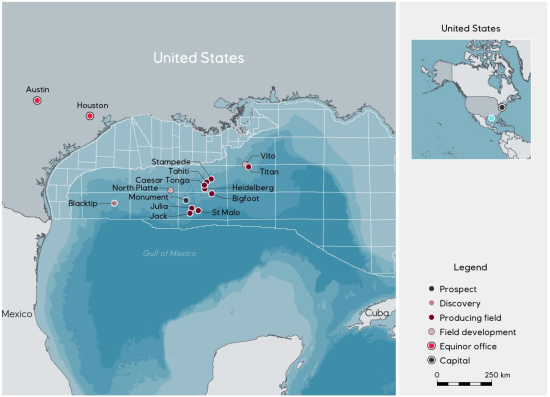 In addition to its offshore portfolio in the US Gulf of Mexico, Equinor has extensive US onshore operations in the Eagle Ford (Texas), the Bakken (North Dakota) and the Appalachian basin (Ohio and Pennsylvania).