In a paper presented at the 2019 Vienna Motor Symposium this week, Delphi Technologies will unveil a new 500+ bar GDi system that can reduce particulate emissions by up to 50% compared to state-of-the-art 350 bar system without expensive engine design modifications. 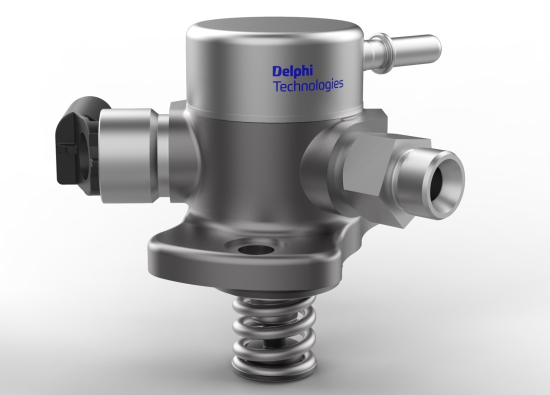 At the end of 2016, Delphi Technologies entered production with its industry first 350 bar GDi system, which reduces exhaust particulates by up to 70% compared with industry-standard 200 bar systems.

The industry has long recognized that increasing injection pressure to 500+ bar could substantially cut engine-out particulates while improving CO2 emissions and fuel economy. 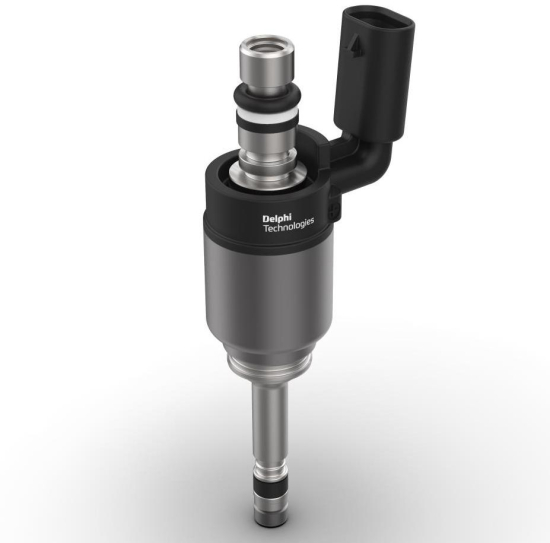 The challenge has been to achieve such pressures without increasing the drive loads from the pump. As most engines power the GDI pump through the camshaft drive, a conventional approach would usually require a costly redesign and strengthening of the camshaft mechanism.

By designing an innovative new internal sealing system for our GFP3 500+ bar pump, in some applications, we have designed a downsized plunger diameter which prevents increasing the loads in the drive mechanism.

With the new Delphi Technologies system, engine designers can benefit from 500+ bar injection pressures without having to make costly changes to the majority of existing camshaft drive systems.

To complete the new 500+ bar system, Delphi Technologies has developed all system components including Multec 16 injectors, pumps, forged rail as well as the appropriate engine control system and software. These components, which further improve durability and reliability, also require no or only minor physical changes to existing engines because they match existing packaging constraints and interfaces. The 500+ bar system could be used in production from 2022 onwards.

Hoping PeterXX weighs in on this.

When I graduated from university in the '80s, around 1000 bar injection pressure was state-of-the-art in the auto industry for HD diesel engines. Well, to be honest, little higher than 1000 bar in some cases (unit injectors). DI had still not entered the LD sector at that time, so injection pressure levels were significantly lower in that application. In a period of little more than 10 years, we went from 1000 to 2000 bar, albeit still not with common rail at that time. Today, state-of-the-art is around 2700 bar and approaching 3000 bar. There is, however, not much more to gain with even higher pressures, since the increased pumping work will offset any gain in combustion. Moreover, DPF has become a "fix" for PM/PN, so we do not need ultra-high pressure for that reason anymore.

Thinking about parallels for GDI engines, it is known that higher pressures (than the current level of 200-350 bar) will reduce PN significantly. I recall having seen results for up to 1000 bar in the literature. Eventually, we will also see diminishing gains in trade-offs also for GDI engines as pressures increase. I would not rule out that we could get up to around 1000 bar in the far future, but I cannot see any rationale in a level approaching 3000 bar in this case. Anyhow, it would be unknown territory and several issues could be expected that, in contrast, seems manageable with diesel fuel in the near future. As in the diesel case, one should also realize that the "fix" of using GPF must also be considered. As with DPF, we could have a technology here that will reduce PM/PN to very low levels under any driving conditions. So, why bother with pushing injection pressures to even higher levels (i.e. over 500 bar), or using double injection systems (IDI and DI), if you can have a "fit and forget" solution as GPF? GPFs are not expensive. For sure, GPFs also have some issues but I cannot see much future in doing whatever you can to avoid GPFs. Note that filters (DPF & GPF) will also trap ash, metals and other particles than those that originate from fuel combustion. Some of these particles are very potent and pose health hazards, so they need to be filtered out in any case. But, talking about Delphi and this specific article, for sure, we will see other injection equipment suppliers who will also offer something in the range of 500 bar.