Pierburg GmbH based in Neuss (Germany), a subsidiary of technology group Rheinmetall, has received an order worth more than €90 million for its new variable valve control system UpValve. Production of the valve trains, which are also manufactured at the automotive supplier’s Neuss plant, will start in 2019. 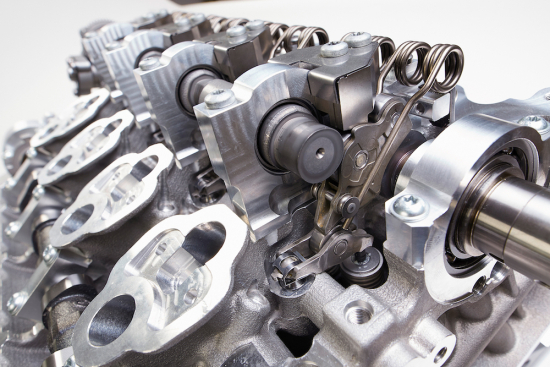 The start-up of series production of the corresponding vehicles will begin in 2020. UpValve will be used by several Chinese automobile brands at the same time. The new valve control system can achieve fuel savings of up to 5 percent.

The ordered system will be installed in a 4-cylinder turbocharged gasoline engine co-designed with the Pierburg engineers at Neuss. These latter were the development partner for the complete valve control system, including actuators and electronic peripherals.

On the basis of its existing UniValve, Pierburg has designed an optimized system called UpValve and integrated it into the newly developed engines. Compared to the previous solution, UpValve has been improved in terms of speed stability, footprint and dynamics. In addition, the system enables the cylinder to be switched off as required, which makes additional fuel savings possible.

UpValve is installed on the intake side of the engine and enables a reduction in losses incurred during intake/exhaust switchover. Torque is also beefed up. The mechanics have been further optimized in terms of rigidity at low inertial masses, the abated friction losses and high operational reliability.

In addition to fuel consumption savings, the dynamics of the engine are improved. Trials on the assembled engine have been carried out with manufacturers inside and outside Germany.